Serie-A: Marco Giampaolo off the mark as Milan edge to narrow win over Brescia

The 18-times Italian champions failed to muster a single shot on target when they fell to a shock 1-0 defeat away to Udinese on the opening weekend. 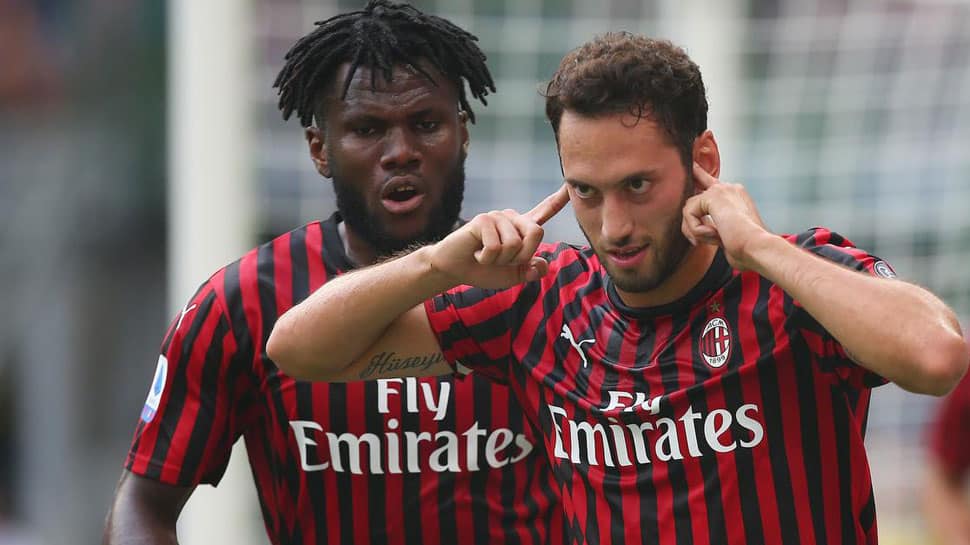 AC Milan coach Marco Giampaolo admitted he still has much work to do after earning his first win at the club as Hakan Calhanoglu struck early to clinch a 1-0 home victory over Brescia in Serie A on Saturday.

The 18-times Italian champions failed to muster a single shot on target when they fell to a shock 1-0 defeat away to Udinese on the opening weekend.

Yet Calhanoglu’s headed goal after 12 minutes settled the nerves of the San Siro crowd and proved to be decisive in a cagey encounter.

“We have a lot of work to do,” Giampaolo told DAZN.

“We did some things well and didn’t take too many risks, although we lost control at a certain point in the match."

“We need to work together, that is what is missing, we are still settling in.”

Giampaolo surprisingly dropped striker Krzysztof Piatek in favour of Andre Silva as he made three changes to the side that lost in Udine, while Brescia’s showcase summer signing Mario Balotelli was denied a reunion with his former club due to suspension.

The Milan coach’s tinkering was quickly justified as his side took an early lead when Suso lifted a cross to the back post, where Calhanoglu was on hand to power home a header.

But the visitors soon created openings of their own as Stefano Sabelli turned over a finish from close range before Milan goalkeeper Gianluigi Donnarumma had to react sharply to palm away a deflected shot.

A lethargic second half was devoid of any clear-cut chances until the hosts came to life in the final five minutes following the introduction of two players who had been dropped from the starting line-up, Piatek and Lucas Paqueta.

The Poland international was denied from point-blank range by sprawling Brescia goalkeeper Jesse Joronen before Paqueta latched onto a Piatek nod-on and fired a vicious low shot off the foot of the post.

A determined Piatek was denied a further two times by Joronen at the death as the Finn flew to parry a low shot wide before plucking the ball off the line after another effort from the Pole almost squirmed through his body.

"I have to compliment the lads, because they played with character at a stadium like San Siro," said Brescia coach Eugenio Corini.

"We gave our all, we conceded a goal on a throw-in, but practically nothing else."

Milan take on another newly-promoted side when they travel to Hellas Verona after the international break.

Brescia, who also have three points thanks to their opening day victory against Cagliari, host Bologna in their next league fixture.