The 19-year-old, who suffered alleged racist abuse after scoring at Cagliari on Tuesday, came off the bench to score his fifth goal in his last five league appearances to move Juventus ever closer to an eighth successive Serie A title. 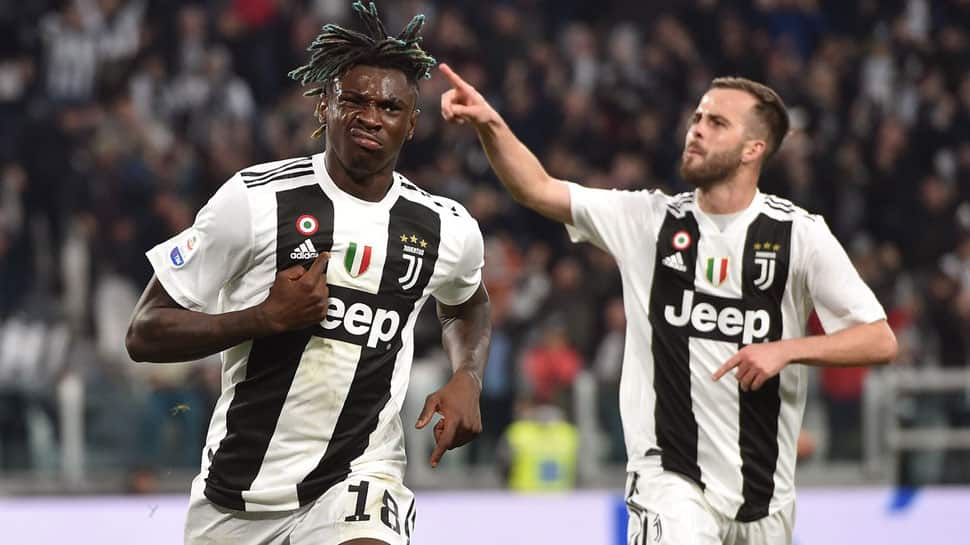 Teenage striker Moise Kean struck again to give Juventus a late 2-1 win over AC Milan after their opponents had taken the lead and dominated most of the match on Saturday.

The 19-year-old, who suffered alleged racist abuse after scoring at Cagliari on Tuesday, came off the bench to score his fifth goal in his last five league appearances to move Juventus ever closer to an eighth successive Serie A title.

Juventus, still missing Cristiano Ronaldo because of a thigh injury, are 21 points clear at the top and they will wrap up the title with seven games to spare if second-placed Napoli lose at home to Genoa on Sunday.

Fourth-placed Milan have taken one point out of their last 12 and will be knocked out of the top four if Atalanta, who are one point behind them, win at Inter Milan on Sunday.

"The first half was not so good but we recovered well in the second when we were more organised and moved the ball around more cleanly," said Allegri.

Gattuso said: "We played well on a technical-tactical level and we were courageous... we were naive because we made two mistakes against a great team."

"I don`t care less what people say about me," he added. "Maybe I won so much with this club as a player that people expect different things from me. Now I see football from a different perspective."

Krzysztof Piatek headed wide in an unmarked position at the far post from a Suso cross after 90 seconds in an early warning as Milan took control.

Juventus survived another fright when a Hakan Calhanoglu cross struck Alex Sandro`s elbow at close range in the area, but after a VAR review which lasted over three minutes, the referee decided it was unintentional.

Minutes later, however, Leonardo Bonucci`s pass out of defence was intercepted by Tiemoue Bakayoko and he fed the ball to Piatek who slotted past Wojciech Szczesny for his 21st league goal of the season -- eight for Milan and 13 for Genoa.

Juventus were making little headway until they won a penalty following a clumsy challenge by Mateo Musacchio on Paulo Dybala, who converted the spot kick himself.

The winner was similar to Milan`s goal as Miralem Pjanic, another substitute, intercepted a pass out of defence and found Kean who calmly placed his shot beyond Pepe Reina with six minutes left.