Quagliarella got off the mark in style when he met Bartosz Bereszynski`s cross with an acrobatic volley in the fourth minute. 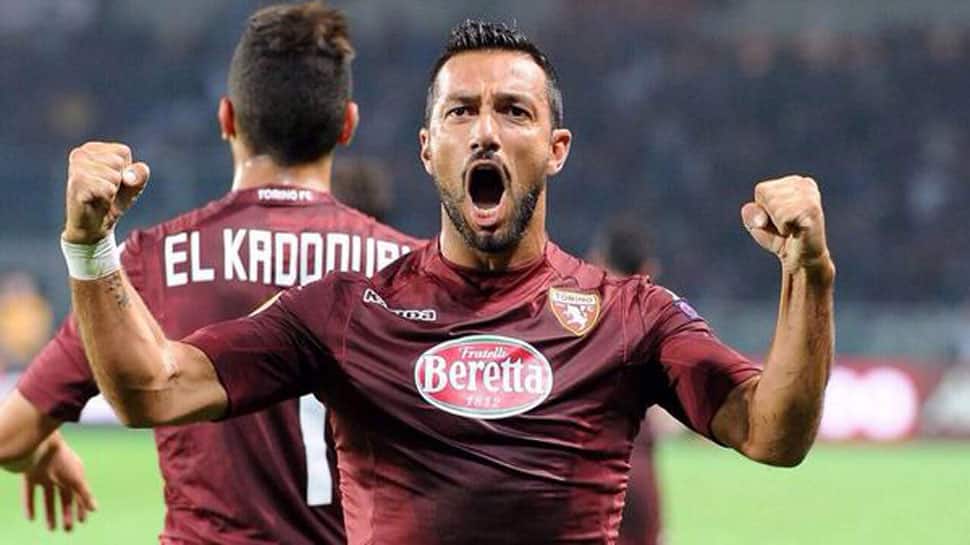 Sampdoria`s in-form veteran forward Fabio Quagliarella scored two early goals to lead his side to a 2-1 win at SPAL, who were left livid after another VAR decision went against them in their Serie A match on Sunday.

Quagliarella got off the mark in style when he met Bartosz Bereszynski`s cross with an acrobatic volley in the fourth minute.

The 36-year-old then struck again for eighth-placed Sampdoria seven minutes later with a towering header from Karol Linetty`s cross.

Those goals took his league tally to 19, making him Serie A`s joint top scorer alongside Cristiano Ronaldo, of Juventus.

Quagliarella was still not finished as he struck the post with a 30-metre shot before halftime.

SPAL thought they had pulled a goal back on the hour after Sergio Floccari headed in from Jasmin Kurtic`s free-kick but it was ruled out after a lengthy VAR review, seemingly for offside against Andrea Petagna who was judged to be interfering with play.

Two weeks earlier, SPAL had a goal disallowed and a penalty was awarded to opponents Fiorentina instead after officials spotted an infringement in the SPAL area before they broke upfield.

Kurtic curled in a free kick to pull one back in the fourth minute of stoppage time but SPAL, who are five points above the relegation zone, had defender Thiago Cionek shown a straight red card for denying Gregoire Defrel a clear scoring chance.