Napoli, whose hopes of winning the title last season effectively ended with a 3-0 defeat in the same fixture, were left eight points behind leaders Juventus who visit Sassuolo on Sunday. 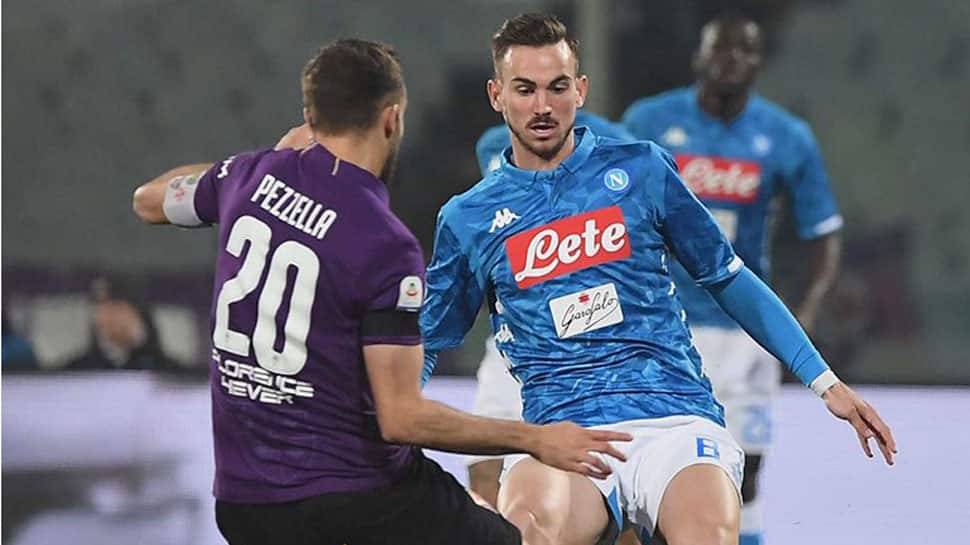 Second-placed Napoli wasted half a dozen clearcut chances as they were held 0-0 at Fiorentina in Serie A on Saturday, their fourth successive away game in all competitions without scoring.

Napoli, whose hopes of winning the title last season effectively ended with a 3-0 defeat in the same fixture, were left eight points behind leaders Juventus who visit Sassuolo on Sunday.

"I would say they are two points lost, we played well and it was not the right result," Napoli coach Carlo Ancelotti said.

"We lacked the finishing touch. We had some difficulties building from the back because they pressed hard but when we got past that, we managed to create chances. We’ve just got to work on our finishing."

Lorenzo Insigne was the first Napoli player to squander an opening when he fired the ball over the bar after Alban Lafont parried Piotr Zielinski`s shot.

Jose Callejon also shot over from a Dries Mertens cross, then Mertens himself missed the target from a good position and volleyed straight at Lafont from point-blank range as more chances went begging.

The opportunities continued to flow after halftime as Lafont made a brilliant save from Zielinski and Fabian Ruiz went close with a long-range shot.

Fiorentina had to play the last few minutes with 10 men after German Pezzella went off injured with all the substitutions made and Napoli twice went close in stoppage time.

Arkadiusz Milik was too late getting to Callejon`s cross at the far post before he stung Lafont`s hands with a long-range drive.

Ninth-placed Fiorentina also had their chances, the best falling to Jordan Veretout who was denied by an outstanding Alex Meret save.

"Mertens is unlucky at the moment," Ancelotti said. "He created chances with his movement but lacked sharpness in front of goal."