An injury-ravaged Norwich ended Man City`s 18-game unbeaten run in the Premier League with a shock 3-2 victory at Carrow Road and Wilder said that result and his own side`s away form has given them hope that upsets are possible. 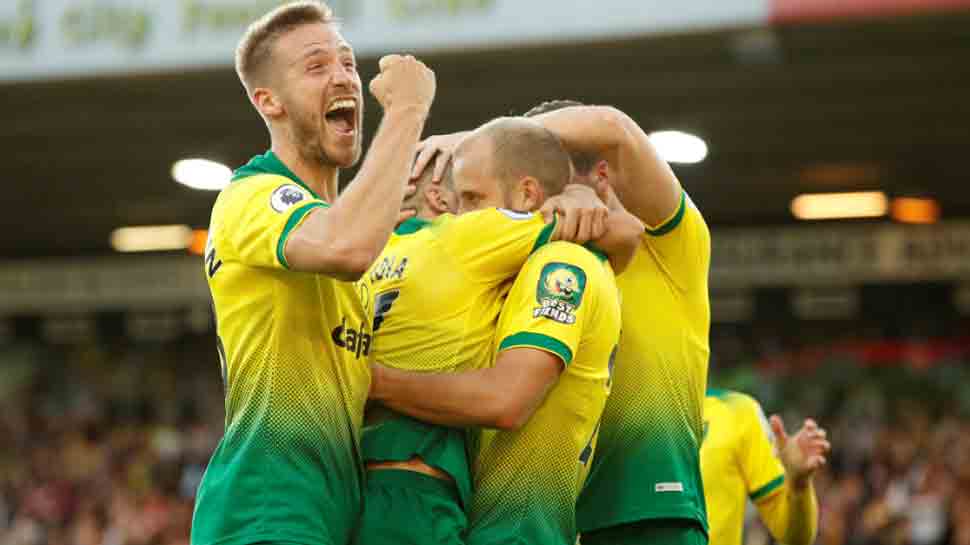 An injury-ravaged Norwich ended Man City`s 18-game unbeaten run in the Premier League with a shock 3-2 victory at Carrow Road and Wilder said that result and his own side`s away form has given them hope that upsets are possible.

United have come from behind twice -- at Bournemouth and Chelsea -- with late goals to earn noteworthy draws and are currently 15th in the standings.

"When the likes of Norwich beat Manchester City and other results happen, it does give you a load of confidence that we can go anywhere and get a result," Wilder told reporters.

"We`ve gone toe to toe with the likes of Chelsea and Leicester, which is really pleasing. We have more than held our own in terms of the play and we have to tighten up in certain areas and not give daft goals away and put teams to bed."

"The thing that people would have thought we would struggle with, competing and playing the way we do -- I don`t think we have. We`ve had two great away results and we`re looking to get another one on Saturday."

United striker David McGoldrick is yet to open his account this season and the Ireland international, who scored 15 goals last season, has come in for criticism after spurning chances in recent games -- especially in their 1-0 defeat by Southampton.

Wilder, however, said he was not worried about his form as long as he was getting into the right positions to score or to help fellow striker Oliver McBurnie.

"David had that last year, his start to the season was similar but he was superb throughout the season," Wilder said. "He`ll be alright. I`d be more concerned if he wasn`t getting in that position or shying away, or if the team weren`t creating."

"The general play from the two at the top of the pitch was really good against Southampton. If we can create that amount of chances for 75% of the games this season, then we`ll be alright."