The visitors will be looking to win this clash and the next, to avoid the last two relegation spots, provided some other results in the league go their way. 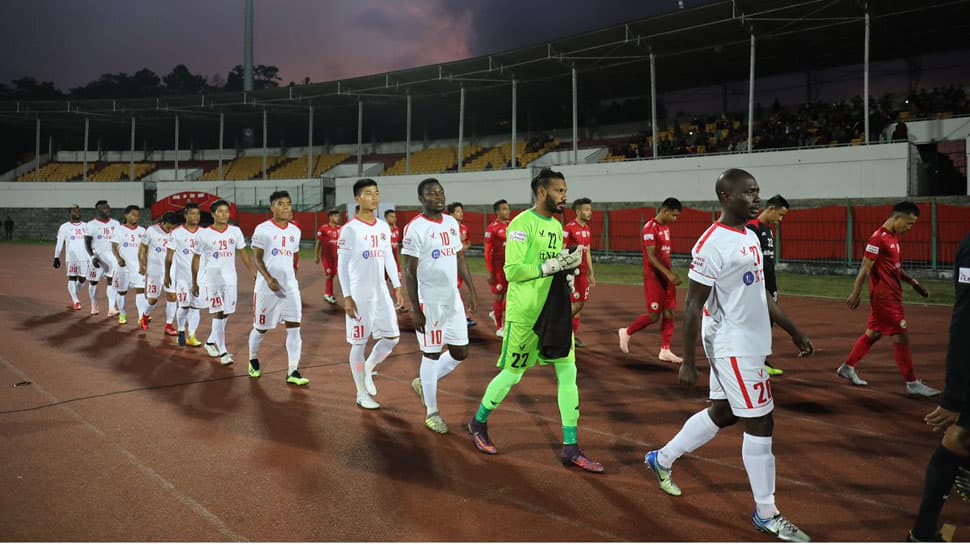 Shillong Lajong FC will look to move away from the relegation zone as they face former champions Aizawl FC in the I-League on Monday.

The visitors will be looking to win this clash and the next, to avoid the last two relegation spots, provided some other results in the league go their way.

Aizawl are sitting on the eighth spot with 18 points from as many games and with two wins in their last four games, look safe for a mid-table finish.

They have picked themselves up and dished out some solid performances after the arrival of their new coach Stanley Rosario in the latter stages of the league.

Two players, in particular, Liberian Ansumanah Kromah and local talent Mapuia, have been the pick of their players.

Speaking at the press conference on the eve of the match coach Rozario said, "I am happy that I'm out of relegation. That is more important. We helped the team from the bottom and qualified for the Super Cup."

"Shillong Lajong is in the relegation zone and they will come up strong because they want points. Tomorrow's match is very important for us as it is going to be a North-Eastern derby. I am confident about my boys. They will be taking the three points tomorrow."

His counterpart Alison Khasyntiew of Shillong seemed to be well aware of the herculean task at hand but was full of hope.

"We have two games left in this league, one with Aizawl tomorrow and the next game is at home with Mohun Bagan. If we win both these matches, then we might be out of relegation. We have to work very hard tomorrow against Aizawl."