Socceroos hoping to shine in World Cup qualifier vs Nepal

Luke Casserly, head of national performance at the Football Federation of Australia (FFA), recalled that Australia played no fewer than 22 qualification matches on the road to the 2018 FIFA World Cup in Russia, Xinhua news agency reported. 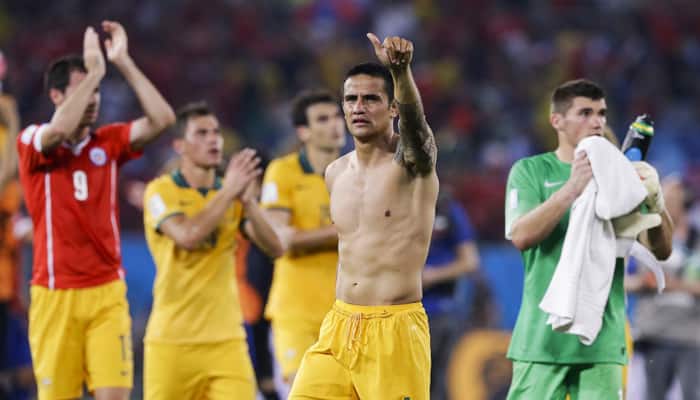 Australia's national football team expects to impress audiences in Canberra during their 2022 FIFA World Cup qualifier against Nepal on October 10, almost four years after the Socceroos' last match in the country's capital.

"Australia's biggest stars are set to light up the nation's capital against Nepal in October," said former Socceroos captain Matt McKay, who also played in the Chinese Super League (CSL) with Changchun Yatai.

"The full squad will be out there, we need a result, we need to make a statement throughout this first phase of qualifying. The squad love coming to Canberra. I'm sure the players that come out here will do us proud," he added.

Luke Casserly, head of national performance at the Football Federation of Australia (FFA), recalled that Australia played no fewer than 22 qualification matches on the road to the 2018 FIFA World Cup in Russia, Xinhua news agency reported.

"Our home games become incredibly important, and the support of the ACT (Australian Capital Territory) government is very important," he said.

"We have done a lot of work over the last few years, knowing that we have a lot of big players to be replaced," Casserly said, adding that the FFA has seen the emergence of several young players, whom he hoped would grow quickly on the world stage.

Canberra has rarely seen football matches of such importance. It was in November 2015 when Australia last played in the nation's capital.

The Nepal match was brought to Canberra as part of a joint scheme by the ACT and local governing body Capital Football to turn Canberra into a "home of football", with the next 18 months to see more international matches involving the Socceroos - and their female counterparts, the Matildas - play in the city.