Redmond appeared to fall awkwardly on his ankle during the second half at Craven Cottage on Tuesday and needed to be helped off the pitch by medical staff. 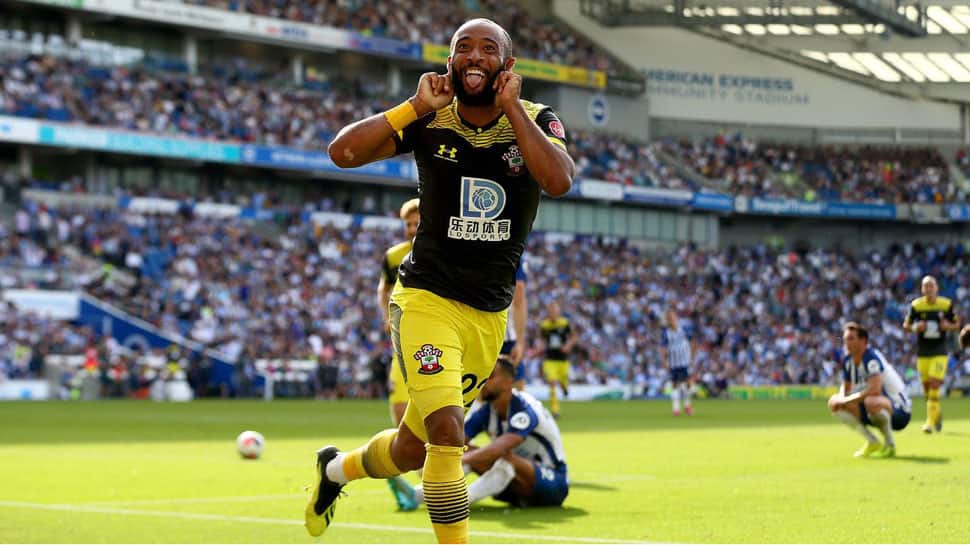 Southampton will be without key players Nathan Redmond, and Michael Obafemi after the trio suffered injuries in their 1-0 League Cup win over Fulham, manager Ralph Hasenhuettl said on Thursday.

Redmond appeared to fall awkwardly on his ankle during the second half at Craven Cottage on Tuesday and needed to be helped off the pitch by medical staff.

Hasenhuettl confirmed Redmond, who played every league game last season and was involved in 10 goals, would be sidelined for at least a couple of weeks.

"At the moment it looks like (Redmond) will be out for two-three weeks," Hasenhuettl told reporters ahead of Saturday`s Premier League match against Manchester United.

"He could be out longer and he has to wear a protective boot for the next 10 days but it (his recovery) could be quicker. It could also have been worse, we`re not happy about having injuries after the last game."

"He will be a massive loss for our team for sure. He can make a difference and I`m happy that it`s not worse because it could`ve been and then the impact would have been worse for us. Every game he is missing isn`t good for us."

Striker Obafemi, who scored the winner at Fulham, will also not play a part after he too came off with cramps. Close season recruit Djenepo is out with a muscle injury.

"Michael Obafemi cramped a little bit and maybe the game at the weekend is too much for him after the game on Tuesday," Hasenhuettl added.

"Moussa is also injured. He has a problem with his muscle and is out for the weekend."

Djenepo is yet to start a Premier League game but played the full 90 minutes at Fulham and Hasenhuettl compared the Mali winger with Liverpool`s Sadio Mane.

"It`s nice to compare him immediately to Sadio and he has a few qualities we saw at the end from Sadio`s time here -- his movement and how quick he is," the Austrian boss said.

"When he gets the ball he still needs to improve a few things but he likes to learn, first as a winger and now as a number 10. He has to be flexible because of the football we play."

Hasenhuettl also said that midfielder Mario Lemina could leave the club before the European transfer window closes on Sept. 2.

Southampton, who have lost two of their three league games this season, are 18th in the standings.

Toni Kroos back in Germany squad for Euro 2020 qualifiers