Liverpool, Manchester City, Tottenham Hotspur and Chelsea are separated by 10 points, and are on course to break the record cumulative tally of 333 points set by the top four in each of the last two seasons. 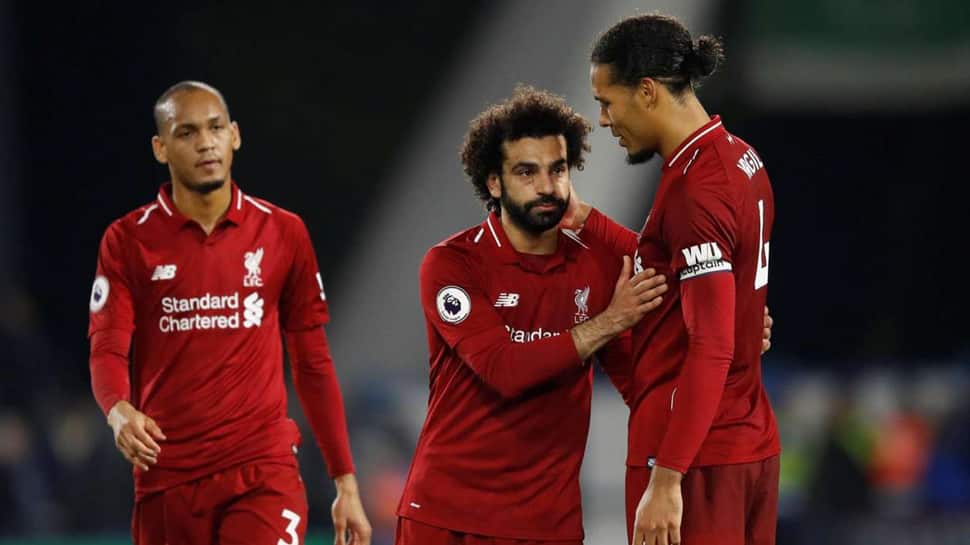 History is on the side of Premier League leaders Liverpool, as they chase a first league title since 1990, but their four-point lead over Manchester City after 21 games is the smallest margin between the top two in over a century.

The last 11 teams with the equivalent of 52 or more points at the same stage since 1905-06 went on to lift the title, but the strength of this year`s top four means Liverpool on 54 points face an especially daunting task.

Sports data company Gracenote have recalculated seasons before the English top flight moved from two to three points for a win in 1981 and say the data reveals that the current top four is the most dominant ever.

Liverpool, City, Tottenham Hotspur and Chelsea are separated by 10 points, and are on course to break the record cumulative tally of 333 points set by the top four in each of the last two seasons.

Of the 11 teams that won the league after leading at this stage since 1905-06, when 20 teams competed for the first time, many had sizeable leads unlike Liverpool`s slender advantage this time round.

City, for instance, held a 14-point advantage over Chelsea at the same stage last year and are the first top-flight team to reach the 50-point mark after 21 games and not lead the table.

While wealthy teams at the top of the pile have improved, the evidence suggests those at the other end of the table have got comparatively worse.

Basement side Huddersfield Town's 10 points after 21 games is the lowest by any Premier League team since Derby County managed seven points 11 seasons ago, while Fulham`s tally of 14 points is the lowest for a team in 19th place for six years.

Fulham are one of only four teams in the Premier League era to record 14 points or less at this stage and not be bottom of the league.