The Slovenian, who was standing unopposed for re-election later on Thursday, told Congress that the danger of a Super League had been removed following "honest, direct and uncompromising" discussions between UEFA and the clubs. 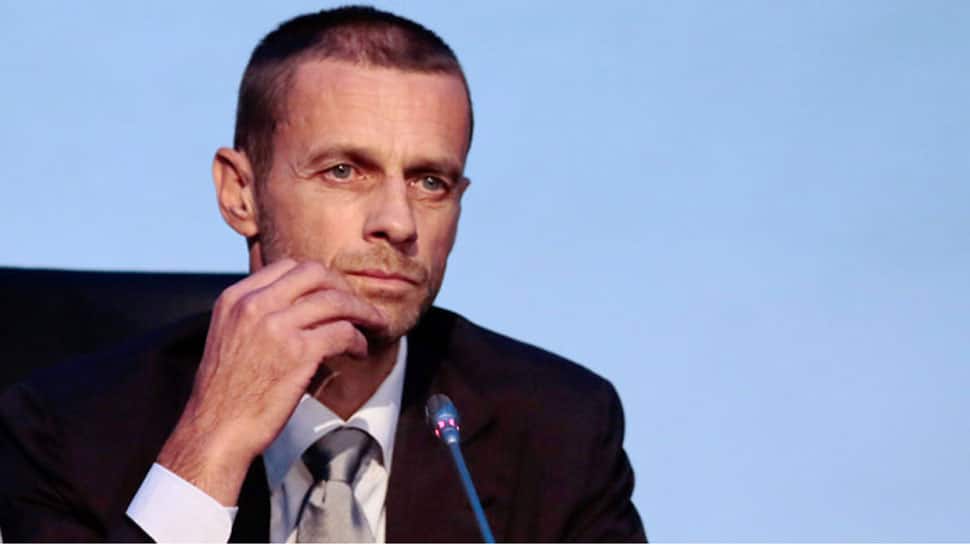 Europe`s biggest clubs would have lost their status 'in the hearts of the people' if they had gone ahead with plans for a Super League, UEFA president Aleksander Ceferin said on Thursday.

The Slovenian, who was standing unopposed for re-election later on Thursday, told Congress that the danger of a Super League had been removed following "honest, direct and uncompromising" discussions between UEFA and the clubs.

"It seems that shortly before my election (in 2016), European clubs were considering a breakaway," he said.

He said there would be no Super League as long as he was president of UEFA and Andrea Agnelli was the head of the European Club Association.

"Major clubs, if you had carried out your alleged plan, your clubs would have lost their status as `great clubs` in the hearts of the people," he continued. "The only thing `great` about you would have been your past, and nothing else.

"By respecting the football pyramid ... the promotion and relegation system that lies at the heart of our sporting culture ... results on the pitch, which sometimes differ from those in the account books, ... you remain great clubs in the world`s eyes," he said.

"The greatest clubs in history. For eternity."

"By telling FIFA that we disagree with their current proposals ... we show them respect and we show respect to football, the game we love and the game we must protect," he said.

"We sincerely hope that FIFA will also show us respect by listening to our views."

Without mentioning FIFA, he thanked Europe`s national associations for "joining forces to protect the interests of European football from projects about which too many questions still remain unanswered".