Huge crowds have attended women`s games in England, Italy and Spain recently and defender Nilla Fischer told Reuters that fans, players, sponsors and governing bodies would all have to work together to ensure better pay for female players. 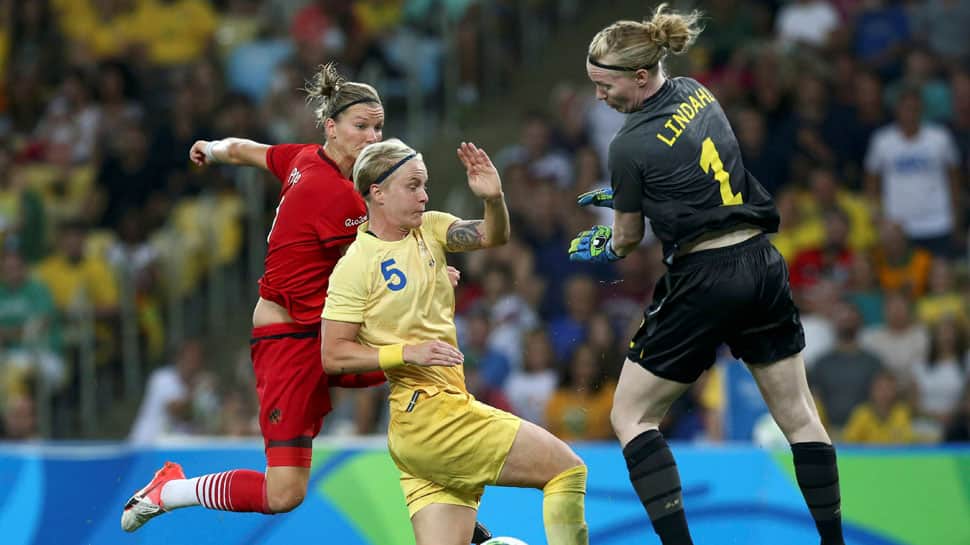 With 30,000 tickets sold for their friendly against Germany in Stockholm on Saturday, Sweden`s female players have called for unity to tackle inequalities between men and women in soccer, especially when it comes to money.

Huge crowds have attended women`s games in England, Italy and Spain recently and defender Nilla Fischer told Reuters that fans, players, sponsors and governing bodies would all have to work together to ensure better pay for female players.

"I know that if I`d played in the (German men`s) Bundesliga for six years, I wouldn`t have any financial worries," Fischer said at the team hotel in Stockholm.

"In terms of percentages, you can`t really compare. What they maybe make in an hour, I make in a year," the 34-year-old VfL Wolfsburg player added.

The comments come after the U.S. women`s team, the world champions, launched a lawsuit against their own federation last month alleging gender discrimination, which includes complaints about wages.

Goalkeeper Hedvig Lindahl, who plays for English club Chelsea, said players campaigning for equality in the women`s game would continue to do so once they`ve hung up their boots.

"When we one day quit, we will fill places in these (soccer) organisations and keep the fight going forward. I do think it needs to be a kind of public pressure, that we don`t accept the way it is now," Lindahl told Reuters after a training session at the Friends Arena.

"I do however see the difficulties with these big organisations, FIFA especially because it`s their members that vote. I think we have to tackle big issues on the world stage in order for it to really change," she added.

Fischer, who gave a fiery speech on the issue when receiving the Diamond Ball as Sweden`s best female player in 2018, added that everyone in the game has a role to play.

Sweden are one of the 24 teams set to compete at the Women`s World Cup in France from June 7-July 7.