The 17-year-old turned sharply inside the box before lashing a left-footed strike into the far corner after Inter goalkeeper Samir Handanovic was only able to parry Ashley Young`s whipped free-kick. 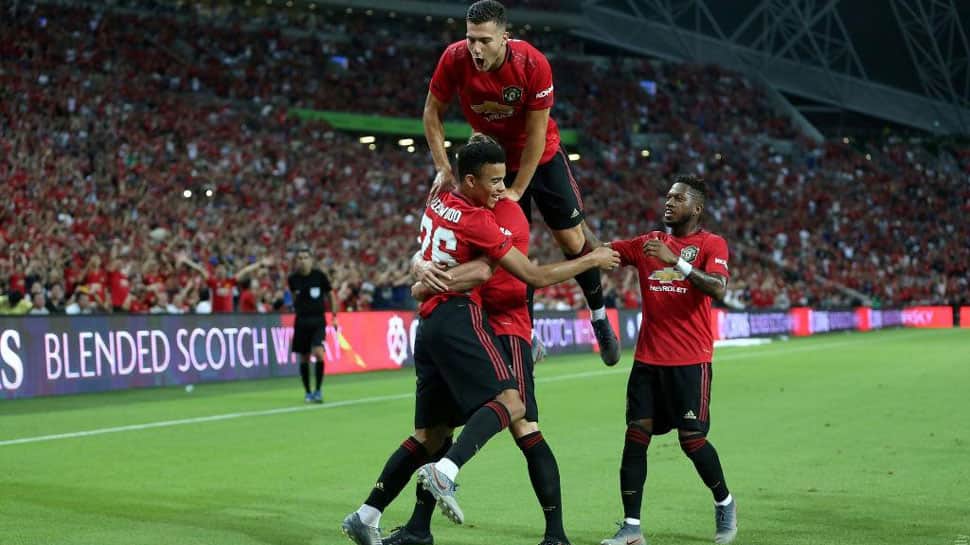 Teenage forward Mason Greenwood rifled home in the 75th minute to give a dominant Manchester United a 1-0 victory against Inter Milan in their International Champions Cup opener in Singapore on Saturday.

The 17-year-old turned sharply inside the box before lashing a left-footed strike into the far corner after Inter goalkeeper Samir Handanovic was only able to parry Ashley Young`s whipped free-kick.

Greenwood almost got a second goal minutes later when he flicked a looping effort onto the top of the crossbar following great work by teenage Dutch winger Tahith Chong.

United manager Ole Gunnar Solskjær was full of praise for Greenwood after the game but cautioned against expecting too much.

"He`s grown in confidence, grown in stature and, as I`ve said before, when you`ve got players in form it`s difficult to keep them out," Solskjær told reporters.

"We`ve got to keep our feet on the ground. He`s only 17 and there will be ups and downs."

A poor Inter Milan rarely troubled David de Gea`s goal in a one-sided game played in front of a packed 55,000-crowd in searing heat and humidity.

Nemanja Matic saw a header from a corner come back off the post, while Marcus Rashford was denied a tap-in when Handanovic got his fingertips to a pullback from Luke Shaw.