Premier League leaders Liverpool were represented by centre back Virgil Van Dijk and forward Sadio Mane, while Chelsea winger Eden Hazard completed the list of nominees for the 2018-19 campaign. 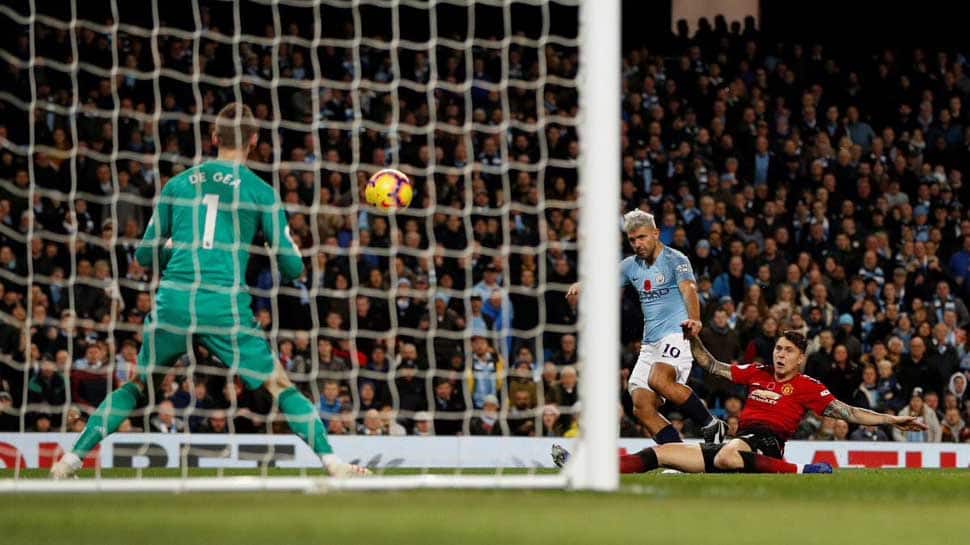 Manchester City`s Sergio Aguero, Raheem Sterling and Bernardo Silva have made the six-man shortlist for the Professional Footballers` Association (PFA) Players` Player of the Year award, the organisation said on Saturday.

Premier League leaders Liverpool were represented by centre back Virgil Van Dijk and forward Sadio Mane, while Chelsea winger Eden Hazard completed the list of nominees for the 2018-19 campaign.

Aguero is the league`s joint top-scorer with 19 goals and Sterling has found the net 17 times as City aim to become the first team in a decade to defend the English top-flight title.

Van Dijk has transformed Liverpool`s defence since joining the club from Southampton in Jan. 2018, and has been key in the Merseyside club keeping 18 clean sheets this season.

Mane was rewarded for his 18 league goals this campaign, while Hazard has been Chelsea`s standout performer with 16 goals and 12 assists.

The winners, voted for by the PFA members, will be announced at the annual awards ceremony on April 28.