EPL: Three out of three for Liverpool as Arsenal dispatched

Arsenal had won their opening two games and the Gunners` record signing, winger Nicolas Pepe, could have opened the scoring three times as he threatened on the counter-attack. 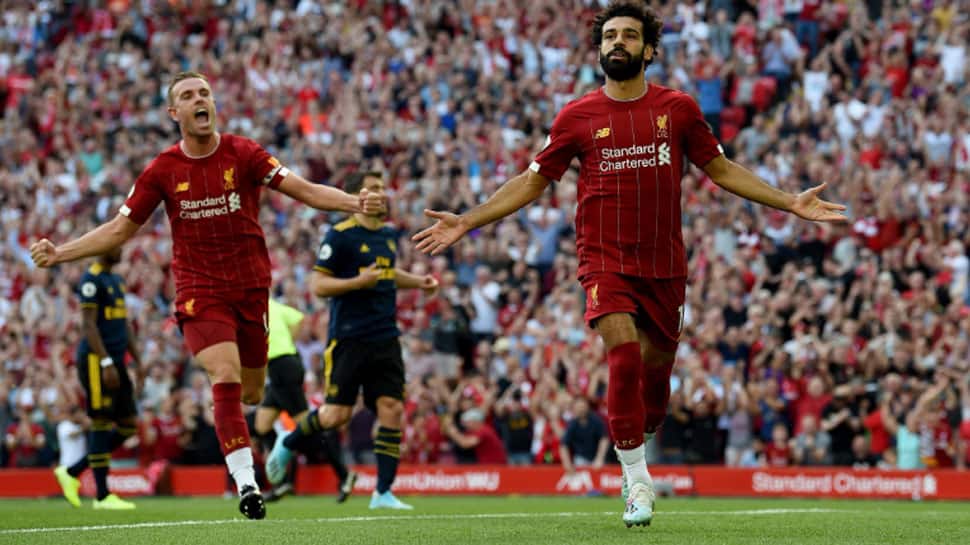 Liverpool made it three wins out of three as Mohamed Salah scored twice in a convincing 3-1 victory over Arsenal on Saturday to take control at the top of the Premier League.

Arsenal had won their opening two games and the Gunners` record signing, winger Nicolas Pepe, could have opened the scoring three times as he threatened on the counter-attack.

Yet four minutes before the break, the European champions, who dominated the early possession, broke the deadlock with Joel Matip rising to power home a header from a Trent Alexander-Arnold corner.

The game looked poised at the interval but Liverpool doubled their lead just four minutes after the restart as Arsenal`s former Chelsea defender David Luiz blatantly pulled Salah`s shirt in the box and the Egyptian hammered home the resulting spot kick.

It was an inexplicable decision from Luiz and his bad day continued when he was left for dead by Salah, who burst goalwards and then superbly buried the ball in the far bottom corner to make it 3-0.

Substitute Lucas Torreira pulled a goal back for Arsenal in the 85th minute, but by then the damage had been done.