England boss Gareth Southgate named three right backs in his squad for matches against the Czech Republic and Montenegro, and Trippier was called up despite being sidelined with injury since a 1-1 Premier League draw with Arsenal this month. 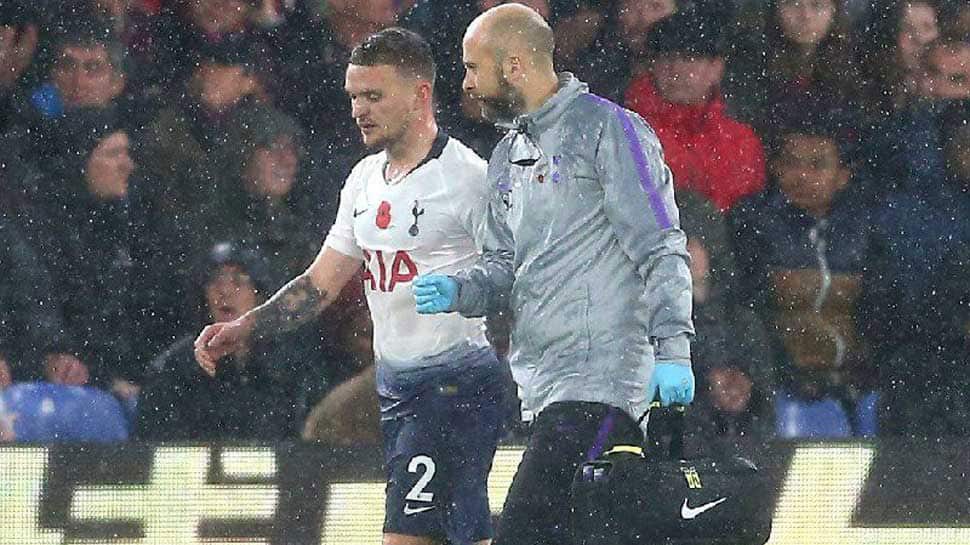 Tottenham Hotspur defender Kieran Trippier has blamed injuries for his lack of form this season and the right-back said that he is aware of the competition for spots in England`s backline for their Euro qualifiers this month.

England boss Gareth Southgate named three right backs in his squad for matches against the Czech Republic and Montenegro, and Trippier was called up despite being sidelined with injury since a 1-1 Premier League draw with Arsenal this month.

"I could have done a lot better this season. I`ve picked up a lot of injuries," Trippier told reporters ahead of England`s Euro 2020 qualifier against Czech Republic.

"There is a lot of competition. Me, Trent (Alexander-Arnold), Kyle (Walker), and you`ve got (Aaron) Wan-Bissaka playing really well for (Crystal) Palace."

"But I`m here now, and I need to impress to try and start for England and do the best I can between now and the end of the season."

Trippier, who was England`s first choice wing back at the World Cup in Russia, has struggled to hit the same heights in Tottenham`s campaign having had less than a month to rest before the new season got underway last August.

"There have been games when I`ve looked back and thought, `I could have done this or that better,`" Trippier added.

"People say coming back from the World Cup and going straight back into it again is the reason but I don`t think it is. You pick up injuries."

"It would have been nice to have an extra week or something but the season came around early, so you`ve just got to get on with it."

England play the Czech Republic at Wembley Stadium on Friday.