Manager Mauricio Pochettino told reporters on Friday that the England international saw a specialist on Thursday after damaging his hand when he fell heavily in their 1-0 win over City in the first leg of their quarter-final clash on Tuesday. 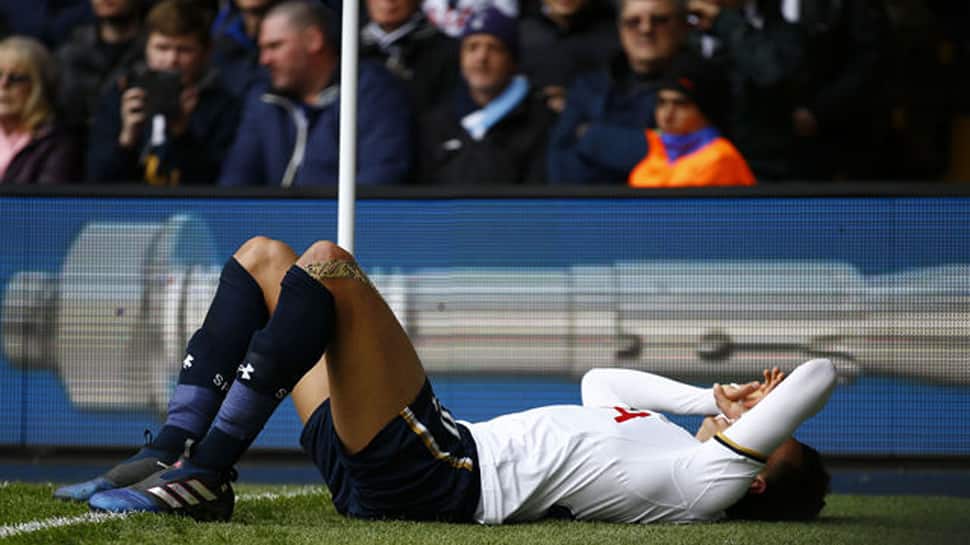 Tottenham Hotspur midfielder Dele Alli is a big doubt for their Premier League game at home to relegated Huddersfield Town on Saturday after breaking his hand but should be available to face Manchester City in the Champions League next week.

Manager Mauricio Pochettino told reporters on Friday that the England international saw a specialist on Thursday after damaging his hand when he fell heavily in their 1-0 win over City in the first leg of their quarter-final clash on Tuesday.

Pochettino added that he would rotate his squad against Huddersfield due to injury and fatigue but stressed the importance of picking up three points as Spurs battle to finish in the top four and secure a Champions League spot.

They are two points behind third-placed Chelsea, who have played a game more, and a point above fellow London rivals Arsenal, with Manchester United a further two points back in sixth and only six games left in the season.

"Tomorrow is not a game to rest players but we have a lot of players who played 90 minutes (against City) who maybe aren`t in the condition to play for different reasons."

"We have to make sure the players on the pitch have full energy. We need to provide fresh legs and make sure we get the three points. It`s not about resting players for Manchester City," he added ahead of the return leg on Wednesday.

As well as the injury to Alli, Tottenham have lost their England talisman Harry Kane, who suffered what the club described as significant ligament damage to his left ankle against City in a challenge with Fabian Delph.

"He was so upset after the match," said Pochettino. "It was a difficult moment for him. We feel so disappointed and it was difficult to accept the situation. He had a scan yesterday. He will see the specialist this week and we will see."

Asked if Kane, who has a history of ankle problems, would play again this term, he replied: "There are only four weeks until the end of the season. We`ll see. It was an accident. It`s a lot of coincidence. Nothing to do with what he`s (had) in the past."

Spurs will also be without their long-term injured players defender Serge Aurier and forward Erik Lamela (both hamstring) plus England midfielder Eric Dier (hip) against Huddersfield.