With Madrid 2-1 up in the last-16 first leg, Ramos was shown a yellow card in the 89th minute, his third booking of the European campaign. 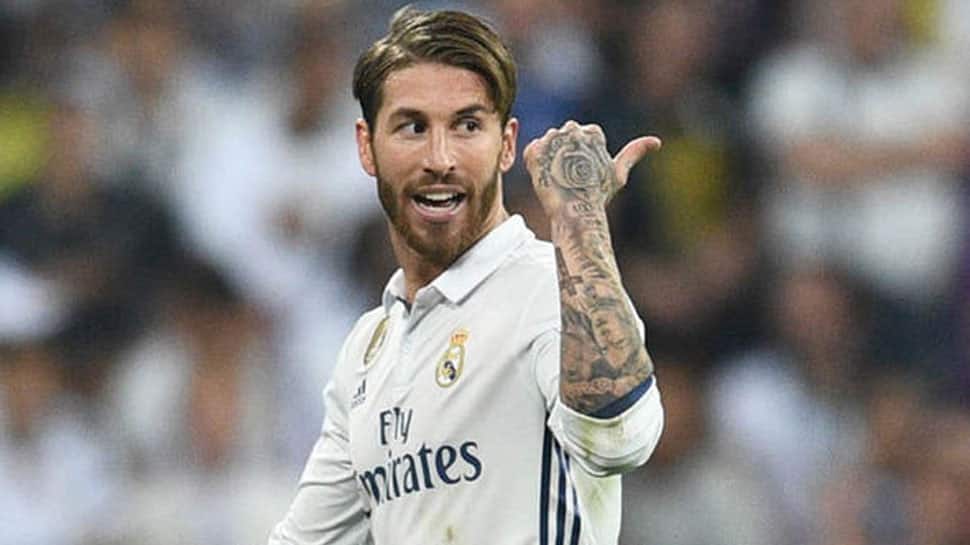 UEFA has launched a disciplinary investigation that could rule Real Madrid captain Sergio Ramos out of a potential first-leg of the Champions League quarter-final after he admitted getting booked on purpose during Thursday`s 2-1 win at Ajax Amsterdam.

With Madrid 2-1 up in the last-16 first leg, Ramos was shown a yellow card in the 89th minute, his third booking of the European campaign which means he will be suspended from the second-leg of the tie in the Spanish capital on March 5.

But in an extraordinary post-match interview, Ramos said he intentionally got booked against Ajax, which breaks UEFA`s rules and is punishable with an extra one-match suspension.

"Looking at the result I would be lying if I said it wasn`t intentional," Ramos told television reporters.

"It`s something I was thinking about, it`s not to underestimate the opponent nor say the tie is over but in football you have to take difficult decisions so I decided to do it," he added.

European soccer`s governing body UEFA said on Thursday that it had launched a disciplinary investigation "in connection with the statements made" by Ramos.

The Spain international, who was playing his 600th game for Madrid, later attempted to row back on his comments with two posts on Twitter in which he regretted getting suspended for the second leg.

"In a game there is always a lot of tension and you have to take decisions in seconds. The best thing about tonight was the result, the worst that I will not be in the second leg due to one moment in the game," Ramos wrote.

"I want to make it clear that this hurts me more than it would hurt anyone, I did not get the yellow card on purpose, just like the last yellow card I got in the competition, and I will be supporting from the stands like any other fan hoping we get into the quarter-finals,"he further tweeted.

Ramos` teammate Dani Carvajal was punished by UEFA last season for intentionally getting booked in a group stage game at APOEL Nicosia.

The full-back was charged by UEFA`s disciplinary committee for "receiving a yellow card on purpose" and was suspended for their final group game against Borussia Dortmund and their last-16 first leg against Paris St Germain.