Unpredictable Inter Milan face Lazio next in Serie A

Antonio Conte's side will face Lazio in their next Serie A match as the Inter side plans to save the top spot in the league which they attained on Monday after having a sensational comeback during the Milan derby against AC Milan. 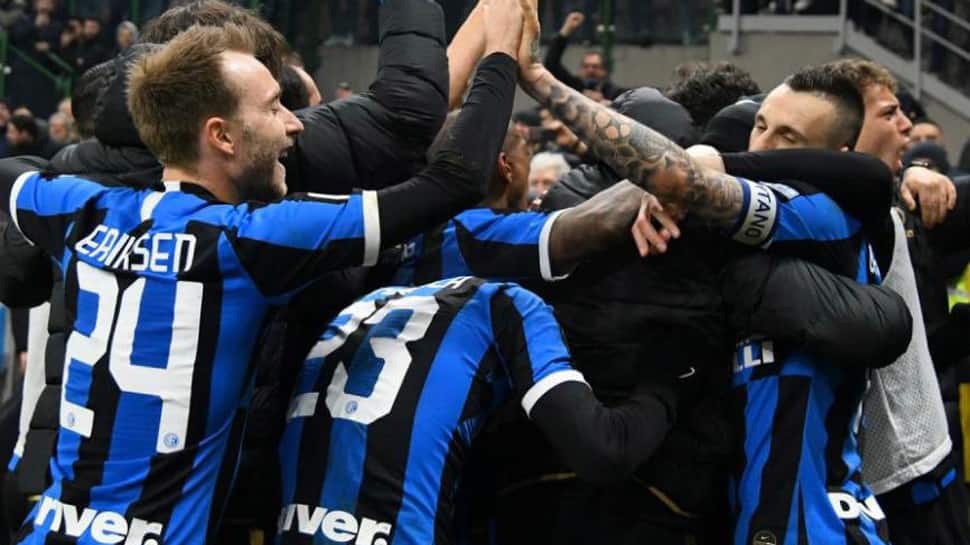 All eyes will be on Rome this Sunday as Inter Milan face Lazio in a crucial moment for a thrilling Serie A title race.

The biggest question surrounding Antonio Conte’s Inter side ahead of the match is what team will turn up, after a week that has highlighted the unpredictable nature of the league leaders.

Last Sunday, Inter were overrun and outclassed by AC Milan in the first half of the Milan Derby and went in at the break deservedly trailing their rivals 2-0.

But a sensational second-half display turned the game on its head, as Conte’s team overwhelmed the Rossoneri by scoring four goals to win a thrilling encounter 4-2.

The game showed the Nerazzurri at their abject worst and brilliant best in the space of 90 minutes, but the high of coming out on top soon evaporated when they fell to a 1-0 defeat to Napoli on Wednesday’s Coppa Italia semi-final first leg at San Siro.

Inter were criticized for looking tired and lacking imagination, with Conte facing calls to pick January signing Christian Eriksen from the start rather than using him as a second-half substitute, as he has in three of the former Tottenham midfielder’s four appearances so far.

Nevertheless, the Milan Derby win was enough to send Inter to the top of the table on 54 points, ahead of Juventus on goal difference.

Yet Lazio lurks just one point behind in third, in the tightest Serie A title race in 18 years.

Conte used his side’s uninspiring display against Napoli as an opportunity to remind the public that Juventus, who have won the last eight league titles in a row, remain the team to beat.

“If someone thinks that we will suddenly be at the same level of the team that has dominated for years, I would say that we are still some distance away,” he said.

“We need to suffer these defeats in order to improve and develop.”

Lazio was described by Italy coach Roberto Mancini this week as “the big surprise” of the season, as they mount an unexpected challenge at the top of the table.

Simone Inzaghi’s side beat Parma 1-0 last weekend to set a new club record of 18 Serie A games without defeat, with their last loss coming on Sept. 25, 2019 – against Inter.

With two of their rivals facing off, Juventus know that victory in their home game against relegation-battling Brescia on Sunday is essential.

Juve coach Maurizio Sarri came in for fierce criticism after his side fell to a shock 2-1 defeat to Hellas Verona last weekend, with media reports in Italy suggesting that the club is considering replacing him with former boss Massimiliano Allegri.

Yet Sarri, whose team face AC Milan in the other Coppa Italia semi-final first leg at San Siro on Thursday, made light of the rumors around his future.

“If I didn’t want to be under scrutiny, I would’ve applied for a job at the post office,” he said.