The win was also Bencic`s fourth win over a top 10 player this week after getting past Aryna Sabalenka, Simona Halep and Elina Svitolina in the previous rounds. 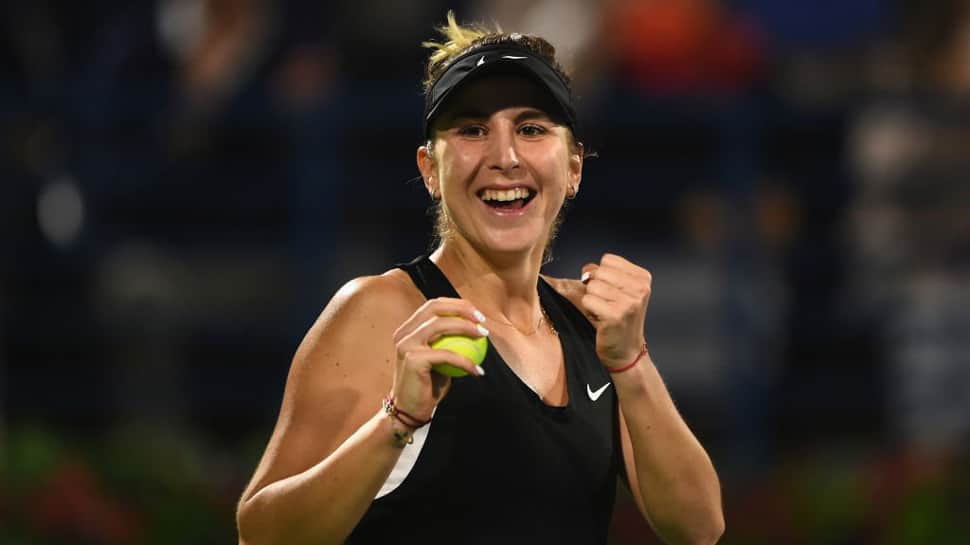 Switzerland`s Belinda Bencic ended a four-year title drought with a 6-3, 1-6, 6-2 victory over Petra Kvitova in the final of the Dubai Duty-Free Tennis Championships on Saturday.

The victory gave Bencic, 21, her first win over second seed Kvitova, who had breezed past her in straight sets in the third round of the Australian Open last month.

The win was also Bencic`s fourth win over a top 10 player this week after getting past Aryna Sabalenka, Simona Halep and Elina Svitolina in the previous rounds.

Kvitova continued to struggle with her rhythm, as she had during the course of the tournament, hitting only 53 percent of first serves on target in the opening set and also produced seven double faults.

Bencic took the first set with a searing backhand volley that got the crowd on their feet, finally winning a set against the world number four in their fourth meeting.

Kvitova, however, stepped up her game in the second to break Bencic three times and bagged the set with some powerful forehand returns and by coming up to the net.

But it was Bencic who won the mental battle in the third set by breaking Kvitova at 1-1 before winning another break point at 4-2 to serve for the match.

Kvitova`s return on match point went long, a decision that was reviewed, to give Bencic the win in an hour and 43 minutes. She is the second Swiss player, after Martina Hingis won the inaugural edition in 2001, to win the tournament.