US fans at heart of growing Arsenal fan protests

Supporters said they are unhappy with the fact that Arsenal face a third successive season in the Europa League, believe the atmosphere at their Emirates Stadium to be "soulless" and feel "marginalised" by the club`s owners. 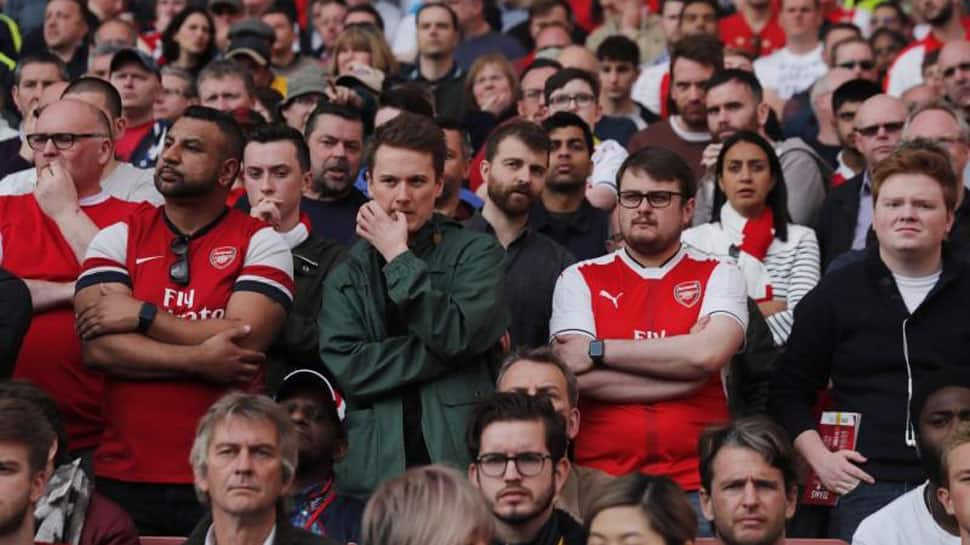 Arsenal fan websites in the United States are playing a pivotal role in a protest campaign against the club`s owners as a petition demanding change surpassed 100,000 signatures on Thursday, three days after launching.

Sixteen supporters` groups, three from the U.S., came together to launch the "#WeCareDoYou" campaign in response to "poor leadership" from owner Stan Kroenke and Kroenke Sports & Entertainment (KSE), declaring the Premier League club to be in need of "meaningful action" to "reinvigorate" it.

Supporters said they are unhappy with the fact that Arsenal face a third successive season in the Europa League, believe the atmosphere at their Emirates Stadium to be "soulless" and feel "marginalised" by the club`s owners.

Arsenal director Josh Kroenke, son of Stan, responded with an open letter "respectfully disagreeing" with the fans` view of where the club is at and insisting he, his father and the club "want to win".

This response did little to quash the unrest with signatories continuing to come from across the globe, and Michael Price, based in Philadelphia and founder of YouAreMyArsenal blog, said the club`s global fanbase has never been more united.

"100,000 drives the ante up. It goes beyond open letters being exchanged," Price told Reuters. "The engagement has to evolve."

"This is global now, when the letter came out, we had signatures from all over the world."

"It shows that U.S. fans care just as much. We care just as much as someone who grew up in Islington (London). The only thing that is different is we cannot go to games every week, and we are so jealous of that."

"Before we had a very fractured fanbase. Some who were very unhappy about the way Arsene Wenger managed towards the end, some the way (manager) Unai Emery coached towards the end of the last year. Now we are unified, more than we have ever been."

Emery said this week Arsenal are lining up "three or four quality signings", which may appease fans unhappy about the lack of player investment, but Price insisted new arrivals alone will not prevent further action.

"I think the club think it is about money, and we will see some big transfers come in," he added. "People love it when clubs spend money, and they think it (the protests) will all go away."

"Some of the signatories will say `great, we have achieved what we wanted to do`, but for those of us in the 16 blogs that set it up, that is not enough."

"The leadership and vision, addressing European Super League concerns, the atmosphere at the stadium, the improvement of our commercial profile, these areas need to be addressed."