Everton`s day got worse when Kurt Zouma was sent off for confronting the referee after the final whistle and the French defender will miss their next match at Cardiff City. 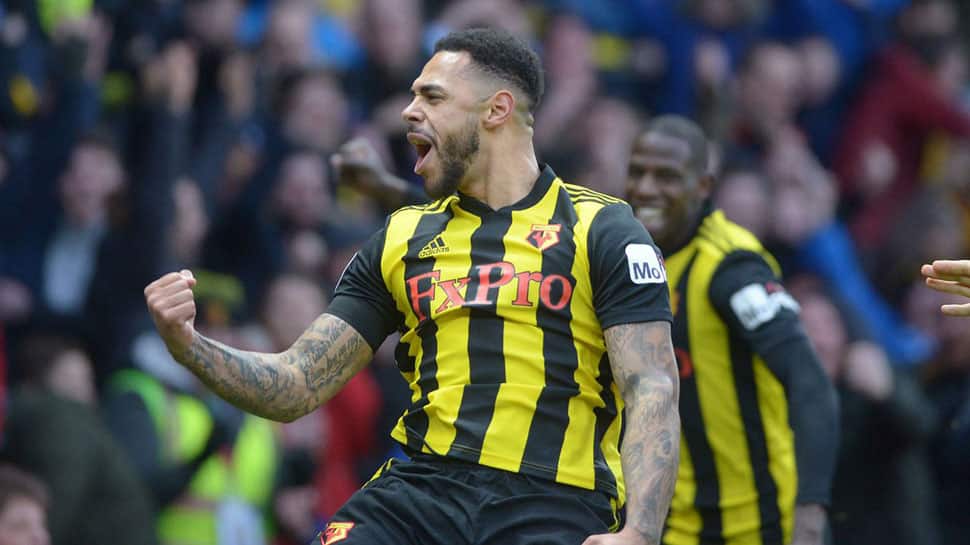 Substitute Andre Gray scored a second-half winner as Watford beat Marco Silva`s Everton 1-0 in the Premier League on Saturday to heap the pressure on their former manager.

Everton boss Silva`s first visit to Vicarage Road since being sacked by Watford last January ended with the home fans singing that he would suffer a similar fate at the Merseyside club after a run of three defeats in a stuttering campaign.

Forward Gray, who came on for midfielder Ken Sema after the break, latched on to Will Hughes`s cross from the right following a delicate layoff from Craig Cathcart to tap the ball into the net on 65 minutes.

Gray said Watford were desperate to ensure that Silva, who left Watford after a poor run of results following Everton`s initial approach, did not leave with three points.

"With the ex-manager here there was extra spice in the game, especially with the fans, it pushes you on," the 27-year-old, who scored his fourth league goal of the season, said.

"In the second half we had that edge. We didn`t play well but we got over the line. Regardless of the edge of the match, we`d have gone for it because we were desperate for the win."

Stunned by the goal, Everton struggled to create clear chances in the second half of a scrappy game as Watford held firm to secure the victory and move up to 37 points.

Watford had nearly gone ahead in the 11th minute after Troy Deeney chested a hopeful cross into the path of Etienne Capoue, whose rising volley from point blank range glanced off goalkeeper Jordan Pickford`s head and over the crossbar.

Watford goalkeeper Ben Foster saved Cenk Tosun`s stinging shot from distance in the 34th minute before Gylfi Sigurdsson`s lobbed effort came off the crossbar in the second half on a frustrating afternoon for the visitors.

Everton`s day got worse when Kurt Zouma was sent off for confronting the referee after the final whistle and the French defender will miss their next match at Cardiff City.

Skipper Tom Davies said Everton, who have collected 11 points from their last 14 games, were not up to the mark.

"We underperformed again today, we had enough chances," the 20-year-old midfielder added. "We`re not happy and we have to look back on this match to see what we need to change."