In a major coup for the second-tier club, Derby said the 33-year-old Rooney had signed an initial 18-month contract with the option of another year and would also work as a coach with the first team and academy. 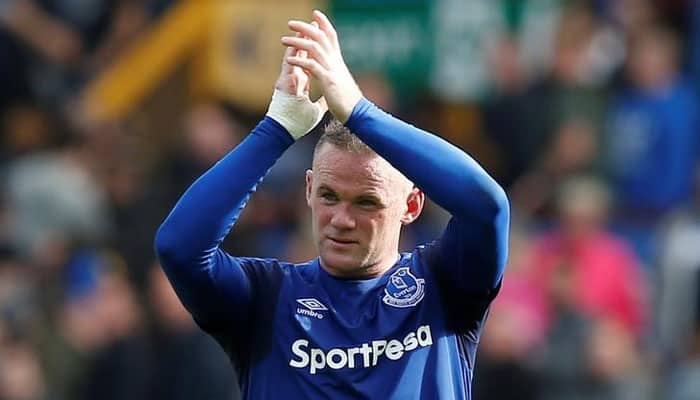 Wayne Rooney will join Derby County in January from MLS side DC United, with the former England captain set to continue his playing career while working towards his goal of becoming a manager, the Championship club said on Tuesday.

In a major coup for the second-tier club, Derby said the 33-year-old Rooney had signed an initial 18-month contract with the option of another year and would also work as a coach with the first team and academy.

"I`m very excited about the opportunity that Derby County have provided me with," former Manchester United and Everton striker Rooney said in a statement on Derby`s website.

"I`m looking forward to joining (manager) Phillip Cocu, his coaching staff and the first-team from the start of January. I`m sure I can make a big contribution... I`m equally excited to begin my coaching career."

Rooney, who had two years left on his contract at DC United, said he was fully focused on giving his all for the club in the remainder of the season and hoped to deliver an MLS Cup.

"My time in MLS is something I`ll always be proud of... while the decision to move home was a tough one, family is everything to us and we make this change to be closer to the ones we love back in England," he said.

Rooney, both England and Manchester United`s leading all-time goalscorer, becomes the latest member of the so-called "Golden Generation" of national squad players to take their first steps towards management. He will be following in the footsteps of the likes of Derby`s former boss Frank Lampard and Rangers manager Steven Gerrard.

Lampard has since taken over at his old club Chelsea, having guided Derby to the playoff final last season.

"First and foremost, Wayne is joining us as a player but he will also have coaching responsibilities too," Derby owner Mel Morris added.

"The commercial opportunities this creates are widespread and significant. On the back of Wayne joining the club, we have been offered a record-breaking sponsorship deal with our principal shirt sponsor, 32Red."

Morris said earlier that Rooney`s discussions with Cocu had convinced him to make the switch.

Rooney was an admirer of Louis van Gaal`s coaching methods at Manchester United and believes Cocu can provide a similar learning experience.

"I`m looking forward to working with Wayne... it`s an exciting prospect for him to be joining Derby and he can bring so much to this squad, both on and off the pitch," Cocu said.

"His credentials speak for themselves. But to have a player with his leadership, skill, experience, character and work ethic will be huge for us."