We will fight toe-to-toe with UAE, says Stephen Constantine on match-eve

Indian started their AFC Asian Cup campaign in a stunning fashion, thrashing Thailand 4-1. They will take on UAE on Thursday at the Sheikh Zayed Sports City Stadium. 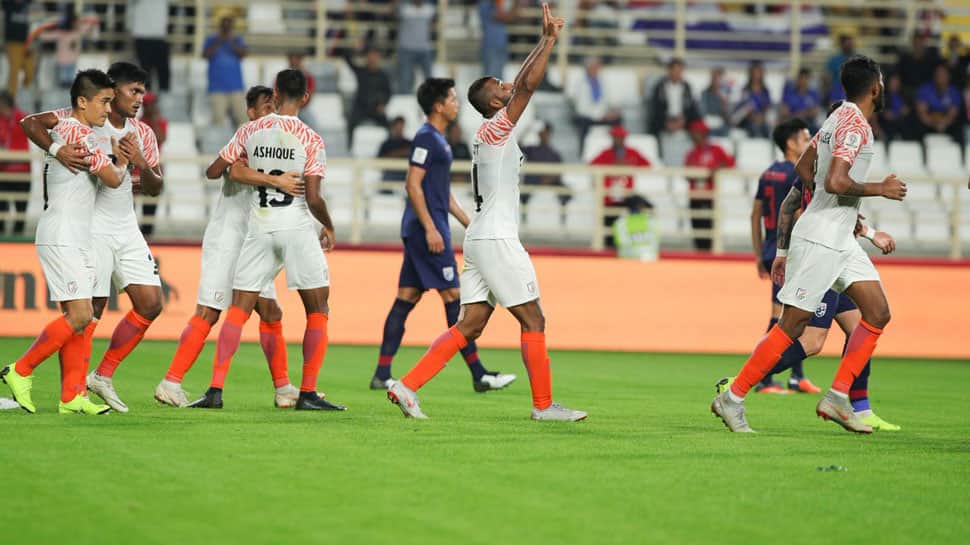 Stressing that the game is not played on paper, football team coach Stephen Constantine on Wednesday said that India will fight "toe-to-toe" with fancied hosts United Arab Emirates in the AFC Asian Cup.

Indian started their AFC Asian Cup campaign in a stunning fashion, thrashing Thailand 4-1. They will take on UAE on Thursday at the Sheikh Zayed Sports City Stadium.

"We know all the three games are going to be very tough. There'll be no easy game at this level. But we'll go toe-to-toe with them. A game is not played on paper, but on the pitch," Constantine was quoted as saying by All India Football Federation's (AIFF) website.

"The UAE are the hosts and will be under pressure. It's understandable they will go for all three points," Constantine said.

UAE are currently ranked 79 in the FIFA rankings, and they have been on the winning side on eight occasions against India out of 13 matches played between the two sides. The Blue Tigers have won thrice.

The last encounter between these two sides which took place in New Delhi in 2011 had ended in a 2-2 draw, with the last goal being scored by Jeje Lalpekhlua.

"Jeje is a very good player. But unfortunately, he did not have much game time recently. You put Jeje in the position and he will score for you. I was so happy that he scored the goal against Thailand. He deserves to get the goal, especially at this level," Constantine said.

"They are a physical, as well as a skilful side. I am not worried about our fitness. We have to play our best game to get the result."

Sunil Chhetri, who added another two to his international goal scoring tally in the last outing, also earned huge plaudits from the coach. The two goals took him to 67, surpassing Lionel Messi in the highest scoring active player's list.

"Sunil has always given everything whenever he has played for the National Team. He is there to do his job and his job is to score goals. He has a phenomenal scoring record and we're better with him in the team."

Reflecting on the last outing against Thailand, Constantine said the team will have to keep the ball to themselves.

"Against Thailand, we gave the ball away too many times which put the opposition in an advantageous position. We have to look after the ball better. I feel we started a bit nervous.

"Some young boys were too eager to press. We can't repeat it against UAE," he said.