Neymar left Barcelona in 2017 when he made a move to Ligue 1 club Paris Saint-Germain. 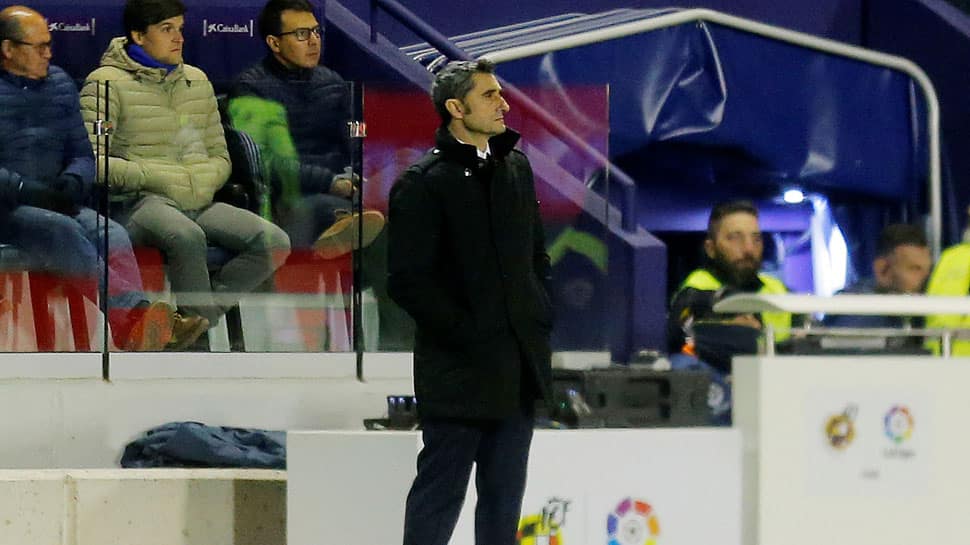 Barcelona coach Ernesto Valverde expressed uncertainty over the transfer of Paris Saint-Germain player Neymar to the club as he said that all his focus at the moment is on the players present in the club.

"We`ll see what happens. The classic response is that he plays for another team and that`s that. All I know is that I`m the manager and I only think about the players I have. They are the ones I`ll be using tomorrow. As it stands, I don`t know what is going to happen," Goal.com quoted Valverde as saying.

Barcelona will be competing against Napoli in a club-friendly match on August 11. Neymar left Barcelona in 2017 when he made a move to Ligue 1 club Paris Saint-Germain.

However, there have been rumours which indicate that the 27-year old is likely to make a return to Barcelona. Valverde is also unsure about Ivan Rakitic`s future at the club despite admitting that the Croatia midfielder is `very important` to them.

"He is very important for us. His work is there. Right now, I don`t know if he will stay. I count on him as I have," he said.

Neymar will not be involved in the season opener for Paris St Germain as confirmed by PSG coach Thomas Tuchel on Saturday.