The fans were filmed singing an abusive song about rivals Tottenham Hotspur on a tram before the game at Old Trafford, which West Ham lost 2-1. 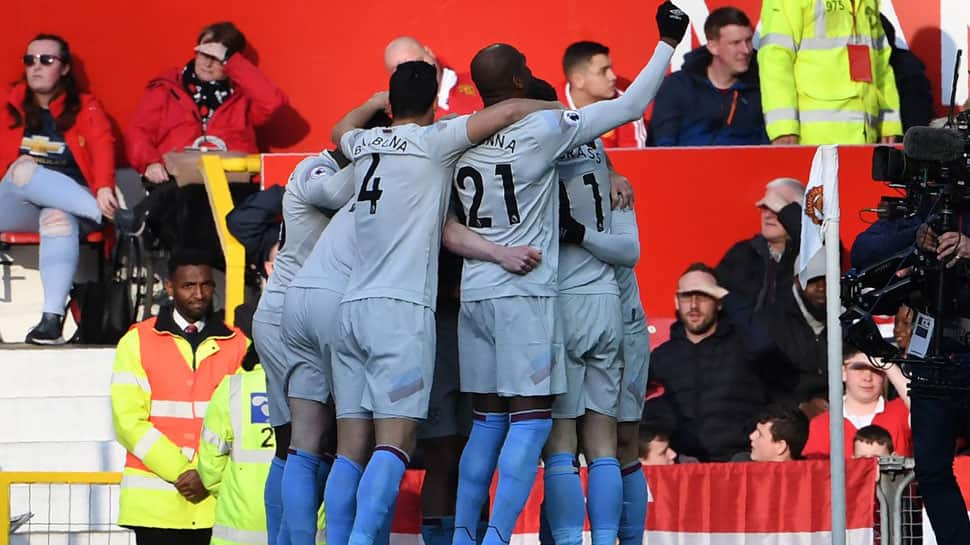 West Ham United will ban for life any supporters who are identified in a video posted online of anti-Semitic chanting that took place in the lead up to Saturday`s Premier League game at Manchester United.

The fans were filmed singing an abusive song about rivals Tottenham Hotspur on a tram before the game at Old Trafford, which West Ham lost 2-1.

"We are disgusted by the contents of the video," West Ham said in a statement.

"We are taking immediate action to try to identify the offenders, whose details we will be handing over to the police and will be banned for life from London Stadium and from travelling with the club."

"There is no place for this kind of behaviour at our club."

Earlier on Saturday football’s global governing body, FIFA issued a statement in response to recent incidents in the game.

FIFA urged national football federations and leagues to adopt their own tough rules on dealing with racism, including allowing referees to stop or abandon matches.

Saturday`s incident came two days after a group of Chelsea supporters were filmed singing an Islamophobic chant about Liverpool`s Mohamed Salah before their Europa League match against Slavia Prague.

Arsenal also launched an investigation after Napoli defender Kalidou Koulibaly was racially abused by a supporter during their Europa League match on Thursday.