West Ham had been the better side before the break with Noble calmly putting them ahead from the spot after Palace keeper Vincente Guita hauled down Michail Antonio. 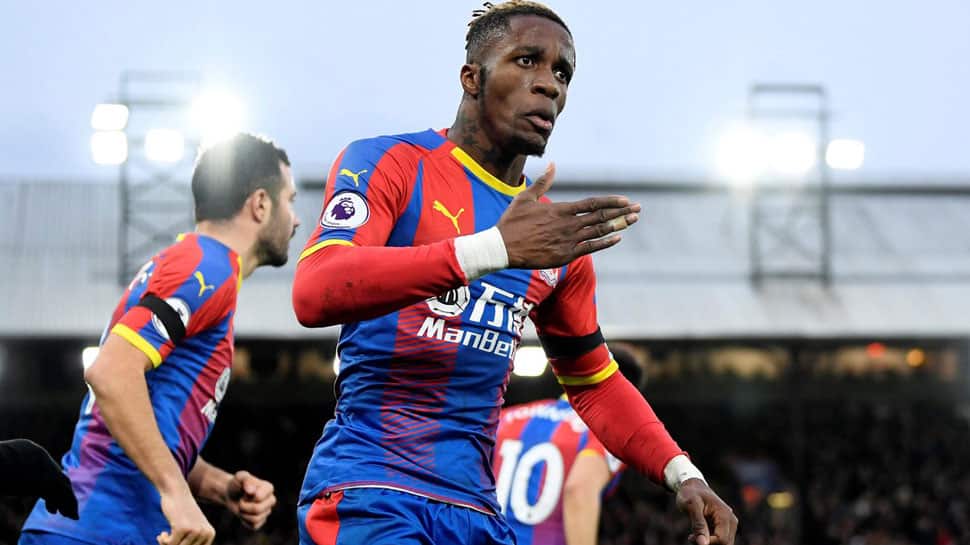 It had looked as though Mark Noble`s 27th-minute penalty and Palace`s profligacy in front of goal would condemn Palace to a damaging loss in their bid to climb away from the relegation dogfight.

But Zaha eventually beat West Ham`s keeper Lucasz Fabianski with a shot that looped up off the boot of Issa Diop.

West Ham had been the better side before the break with Noble calmly putting them ahead from the spot after Palace keeper Vincente Guita hauled down Michail Antonio.

Palace, who began the day four points and four places above the bottom three, were much improved in the second half and created numerous chances to equalise.

Substitute Michy Batshuayi should have scored before James McArthur struck the post with only Fabianski to beat.

Zaha`s persistence paid off in the 76th minute and he could have won it for Palace late on.

"I am frustrated as it was such a good performance. The first half I thought was even, but in the second half it was pretty much one-way traffic," manager Roy Hodgson said.

"We had to work hard for our equaliser, we had 17 attempts in the second half, we swarmed around the goal but we found Fabianski in very good form."

Palace actually ended the day one point closer to the drop zone.

"I`m not concerned about what is going on below us, if we keep doing our bit and with performances like today we will get points off our own backs," Hodgson said.

"We know we are good enough to stay out of it."

The draw left Palace with 27 points from 26 games, three points above the relegation zone while West Ham, in 10th place, have now gone five games without a win all competitions.

"They were a bit lucky with the goal but they had other chances so the draw was the logical result," he said.