Victory at the Molineux Stadium will send Wolves through to their first FA Cup semi-final in 21 years. 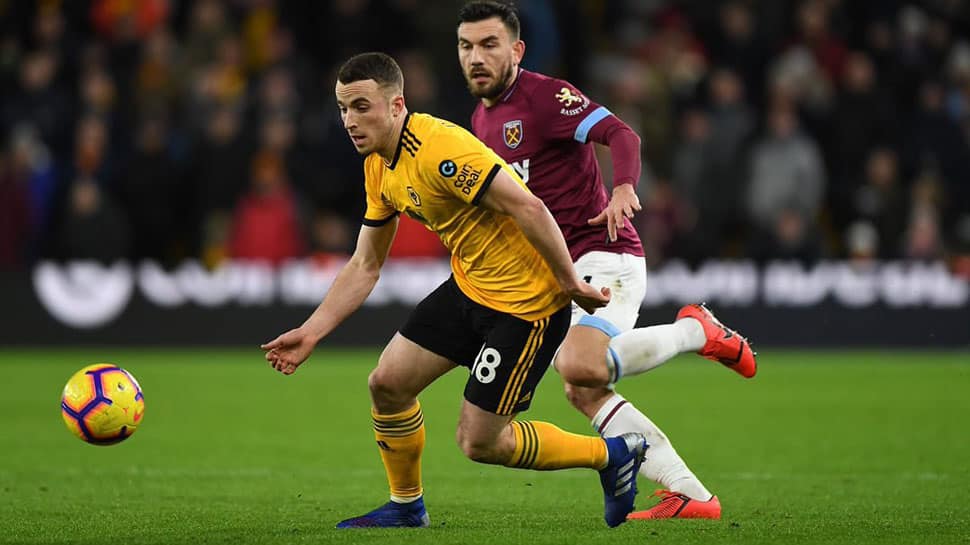 Wolverhampton Wanderers`s rapid ascent into the top half of the Premier League table this season has justified Diogo Jota`s decision to disregard his family`s objections when joining the club two years ago, the Portuguese forward said.

Wolves, who won promotion from the second-tier Championship last season, are seventh in the Premier League and in the FA Cup quarter-finals, with a series of shrewd signings laying the foundation for their success.

The club signed a number of players represented by super-agent Jorge Mendes in 2017, including Jota and his compatriot Ruben Neves, as it mounted its successful promotion bid.

"Many people in Portugal criticised me... saying, `You`re going from a Champions League club to a lower division in another country, are you crazy?`" Jota told reporters ahead of Saturday`s FA Cup quarter-final with Manchester United.

"I said, `No, I believe in the project and then if everything goes well like I expect, next season you have the reason`."

Jota, 22, joined Wolves on an initial loan deal from Spain`s Atletico Madrid before the move was made permanent in January 2018.

He finished Wolves`s Championship-winning campaign last season with 17 league goals and has scored six and assisted another four in 25 Premier League appearances this season.

"My father always supported me. But my uncle tried to say `Why are you doing this?`" he added.

"Fortunately everything went well and... everyone understands now. Me and Ruben have improved as players and now no one doubts our qualities."

Victory at the Molineux Stadium will send Wolves through to their first FA Cup semi-final in 21 years.