The charismatic film-producer turned soccer club owner said that the decision-making committees of soccer federations such as FIFA and UEFA should include at least one teenager to give them a young person`s perspective. 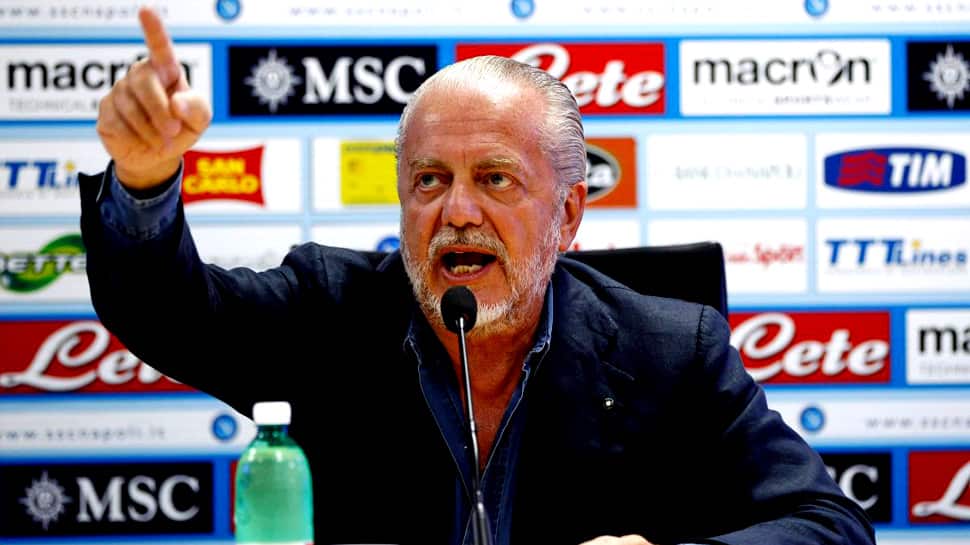 Football`s leaders will need to listen to young people if they want to stop them losing interest in a sport they regard as prehistoric, the president of Serie A side Napoli, Aurelio De Laurentiis, told Reuters in an interview.

The charismatic film-producer turned soccer club owner said that the decision-making committees of soccer federations such as FIFA and UEFA should include at least one teenager to give them a young person`s perspective.

"The people who manage the football are young in terms of age but physically and culturally they are very old," said De Laurentiis on the sidelines of the European Club Association (ECA) general assembly.

De Laurentiis, 70, was on Tuesday voted onto UEFA`s key Club Competitions Committee, which is looking at ways to reform the Champions League and Europa League from 2024 onwards.

Discussions have become bogged down after an initial proposal, that would have created a nearly-closed Champions League, was rejected by Europe`s middle-ranking and smaller clubs and the continent`s domestic leagues.

"We must conceive a different world of soccer for the future because the young generation are escaping from soccer because they are getting completely involved in electronic games," said De Laurentiis.

"To them, soccer seems like a prehistoric sport. So I think we have to sit down and decide, in the next years, not only how to implement the European competitions but also how to modify this antique and fantastic game."

"The young generation must be considered part of UEFA and part of FIFA and part of ECA...I think that, on the boards of these three federations, you must include one person who is 18 years old just to bring new perspective."

De Laurentiis, a prominent Italian film producer, has resurrected Napoli since buying them in 2004 after they had been declared bankrupt and relegated to Serie C.

They won promotion back to Serie A in 2007-08, have not finished outside the top five since 2010 and have been runners-up three times in the last four seasons. He suggested that too many people involved in soccer were rooted in the past.

"If you listen closely to the media, their approach to football is the same as it was 20 years ago," he said.

"The world is changing continuously. Tomorrow is another day. `Yesterday` was a beautiful song by the Beatles but it doesn`t work for soccer."

Juventus have won Serie A for the last eight seasons but De Laurentiis said it was the league`s size, rather than dominance by one team, which threatened its future and reiterated his suggestion that it should be cut from 20 to 16 teams.

"We have the same problem as the Premier League, as Germany, France and Spain -- we are too many," he said. "It`s impossible to think we can have all these matches during a year, otherwise we become the circus."

Asked if Napoli could finally end Juve`s dominance this season, he said: "Napoli are trying to stop everyone all the time but the balloon is round, so we can go to the left side or the right side, you never know."

EPL: Brighton and Hove Albion midfielder Leandro Trossard out for a month with groin injury