Rescue personnel have recovered another body from the building collapse site in Ghaziabad`s Missal Gadi on Monday morning, taking the overall death toll to two. 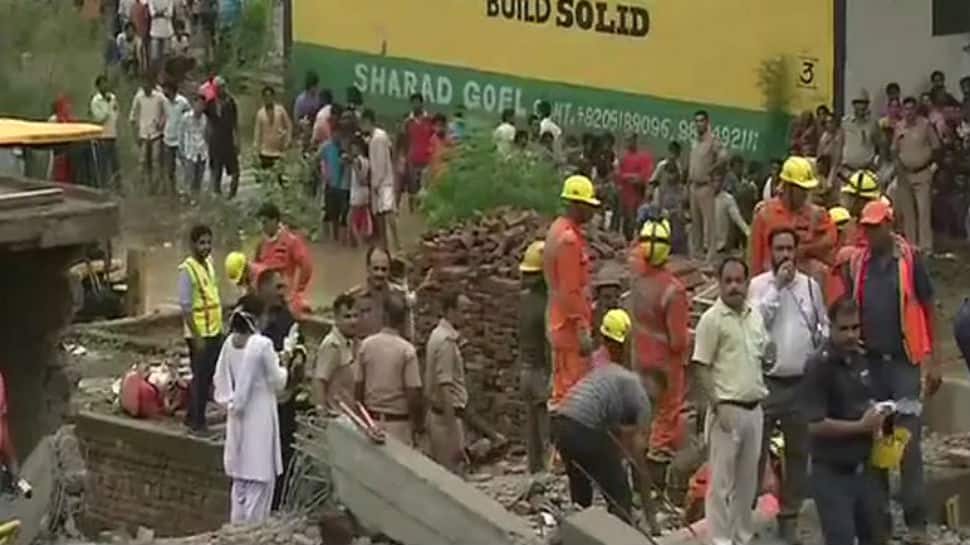 Ghaziabad: Rescue personnel have recovered another body from the building collapse site in Ghaziabad`s Missal Gadi on Monday morning, taking the overall death toll to two.

Two persons have also been rescued from the accident site. A total of nine people were pulled out of the debris.

An under-construction five-storey building in Dasna near Ghaziabad in Uttar Pradesh came crashing down on Sunday. Most of the persons injured are labourers who were working at the site. An NDRF team and a dog squad was rushed to the site shortly after the building collapsed.

The labourers have claimed that the builder forced them to carry on with the daily schedule despite a visible crack appearing in the building.

Uttar Pradesh Chief Minister Yogi Adityanath has directed the District Magistrate and the Senior Superintendent of Police, Ghaziabad to visit the site and lodge an FIR in the connection.

"Once rescue operation are completed we will investigate who are responsible for it" said, IG law and order Ghaziabad.

"Prima facie, there seems to be issues with quality of the building. A magisterial inquiry has been ordered. Seven people have been rescued and sent to hospital. There is no casualty as of now. Rescue ops are underway," said Ritu Maheshwari, District Megistrate, Ghaziabad told ANI.

Minister of State (MoS) for External Affairs VK Singh on Sunday assured strict action against guilty in the building collapse incident in Ghaziabad, which claimed one life.

Last week, nine persons died after twin-buildings collapsed in Shahberi village under Bisrakh police station, Greater Noida. A six-floor under-construction building crashed on a five-storeyed building next to it, bringing it down as well.

Under-construction building collapses in Dasna in Ghaziabad, at least 2 dead