A seven-year-old girl was allegedly raped by her neighbour in Shalimar Garden colony here, following which the accused was arrested, police said Wednesday. 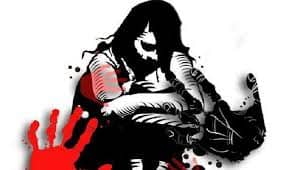 A seven-year-old girl was allegedly raped by her neighbour in Shalimar Garden colony here, following which the accused was arrested, police said Wednesday.

The incident took place 10 days ago, they said, adding that it the matter came to light after the girl's mother approached the police Tuesday.

S P (City) Shlok Kumar said the girl was raped by her neighbour Ram Shankar (45) 10 days ago but she had maintained the stoic silence as the accused had urged her not to narrate the incident to her parents, saying he would be arrested if she disclosed about it.

The girl's mother asked her Tuesday about the change in her body language, following which the minor narrated her ordeal.

The girl along with her parents went to Sahibabad police station and lodged a complaint, following which police raided the accused's house and nabbed him.

An FIR was registered under IPC section 376 (rape) and the Protection of Children from Sexual Offences (POCSO) Act, the SP said.

The girl was sent for medical examination and the accused to jail, he said.