Two persons were shot dead in an incident in Tronica City area of Ghaziabad in Uttar Pradesh. Another person who was shot at suffered critical injuries. 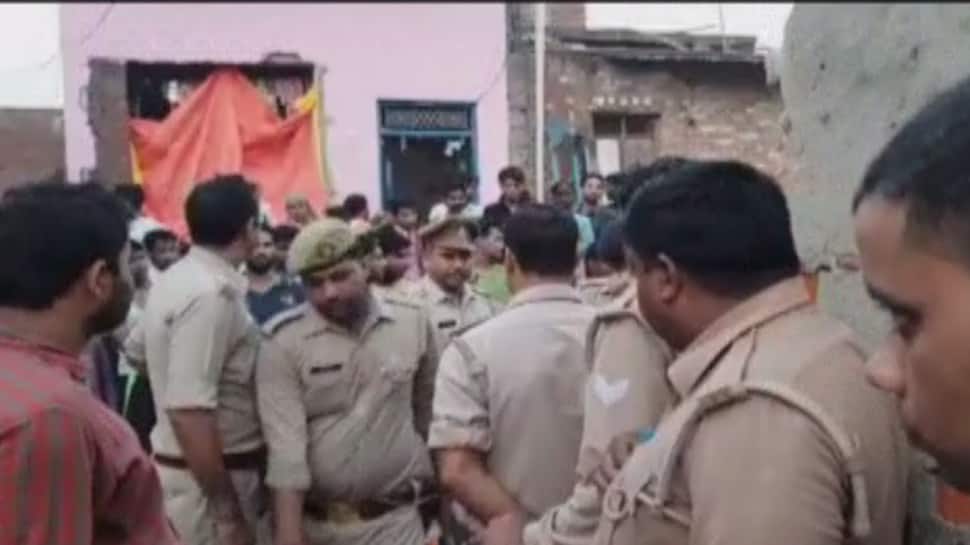 Two persons were shot dead in an incident in Tronica City area of Ghaziabad in Uttar Pradesh. Another person who was shot at suffered critical injuries.

They were shot at by unidentified assailants in Kidwai Nagar of Tronica City. The assailants reportedly opened fire during a robbery attempt.

The deceased have been identified as Dharamveer and Sonu. The third person, who got critically injured, is undergoing treatment at Guru Teg Bahadur hospital.

On Sunday night, six armed men barged into the house of Dharamveer, and held all members of the family on gunpoint. Dharamveer was in his house along with his wife and two sons.

The miscreants threatened them with dire consequences if they made any noise. Hearing some unusual noise, Dharamveer's neighbour Sonu and his brother came to the former's house.

Following this, the assailant started firing indiscriminately, during which Dharamveer, Sonu and his brother sustained bullet injuries.

Dharamveer ran a ration shop in the same building. As the shutter of his shop was not functioning properly, he was sleeping outside in order to guard his shop.

When the miscreants reached the spot, they asked Dharamveer for water. But just when he went inside, they barged into the house.

The police reached the spot early Monday morning and launched an investigation into the incident.

According to Senior Superintendent of Police Sudhir Kumar, the police are also probing whether any old rivalry was the reason behind the incident.