Under-construction building collapses in Dasna in Ghaziabad, at least 2 dead

The NDRF personnel were pressed into service soon after the incident and rescue and search operations were underway. 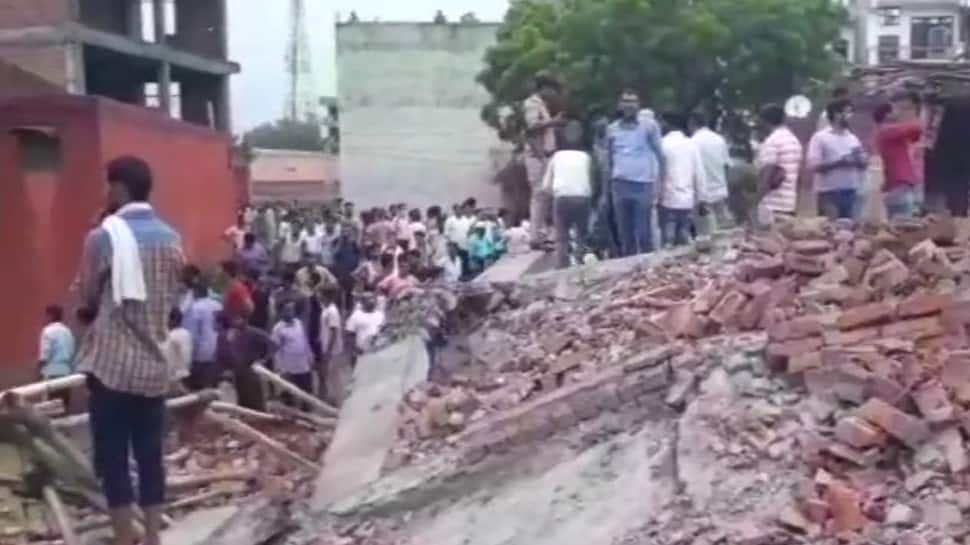 GHAZIABAD: At least two labourers have been killed and more are feared trapped after an under-construction building collapsed in Mishal Garhi in Dasna in Ghaziabad. The labourers were working at the construction site when the incident took place. The Ghaziabad police said in a tweet that some labourers were rescued and sent to a hospital for treatment.

The National Disaster Response Force (NDRF) personnel were pressed into service soon after the incident and rescue and search operations were underway.

It was a five-storeyed building which was nearing completion. No one was living in this building yet. There are no details yet on who was the owner or builder.

UP Chief Minister Yogi Adityanath has directed the DM and the Senior Superintendent of Police (SSP) Ghaziabad to visit the site of the building collapse in Ghaziabad to take immediate action for rescue operations. He also directed that an FIR should be lodged against the guilty and strict action be taken.

The incident comes on a day when authorities in Greater Noida ordered a building in Shah Beri village to be vacated after a crack developed on one of the pillars.

Officials are on their toes since earlier this week when a six-floor under-construction building crashed on a five-storeyed building in Shahberi village under Bisrakh police station. At least 10 people were killed in the building collapse. Use of poor quality building construction material and violation of safety norms were believed to be the main reasons behind the mishap.