After hours of hectic parleys between BJP and its allies, Sawant was sworn in as the new Chief Minister of Goa on Tuesday. 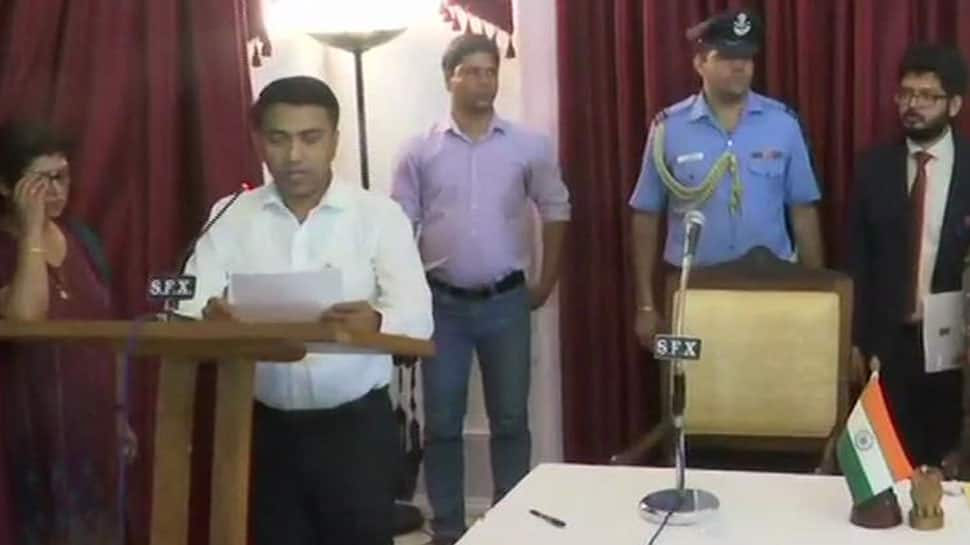 PANJIM: “This is a big responsibility," said BJP leader Pramod Sawant after being sworn in as the new Chief Minister of Goa.

"I have taken oath as Chief Minister today. I feel we must proceed together with the support of the allies. The aim is to complete all the work that had begun under Manohar Parrikar`s government. I may not be able to perform as well as him (Parrikar), but I will try my best," the 45-year-old legislator from Sankhalim in North Goa told reporters in the wee hours of Tuesday.

After hours of hectic parleys between BJP and its allies, Sawant was sworn in as the new Chief Minister of Goa by state Mridula Sinha at Raj Bhavan at 1.50 am ceremony.

"Parrikar is not among us now and this responsibility has been given collectively to me by my party, alliance partners and independent MLAs,” he said. "I am committed to the development of Goa and to take forward the teachings of former Chief Minister Manohar Parrikar with a positive outlook.”

Sudhin Dhavalikar of the Maharashtrawadi Gomantak Party (MGP) and Vijay Sardesai of the Goa Forward Party were sworn in as deputy Chief Ministers. The Governor also administered oath to nine other ministers, including those from BJP's allies MGP and the GFP.

Sawant's first focus will be to complete all infrastructure related projects started by his predecessor Manohar Parrikar.

The new Chief Minister said portfolios would be allotted to his ministers within eight days.

Parrikar breathed his last at around 6:40 pm on Sunday after battling a pancreatic ailment for over a year. He was cremated with state honours on Monday.

Sawant is heading a 20-member coalition government which includes 12 BJP legislators, three MLAs each from the Goa Forward and MGP, and two independent MLAs.

The Goa Assembly has a strength of 40 members but currently, there are 36 MLAs following the death of two BJP legislators, Manohar Parrikar and Francis D'Souza, and the resignation of two Congress lawmakers. The majority mark in Goa Assembly at present is 19. Congress is the single largest party in the state with 14 MLAs.