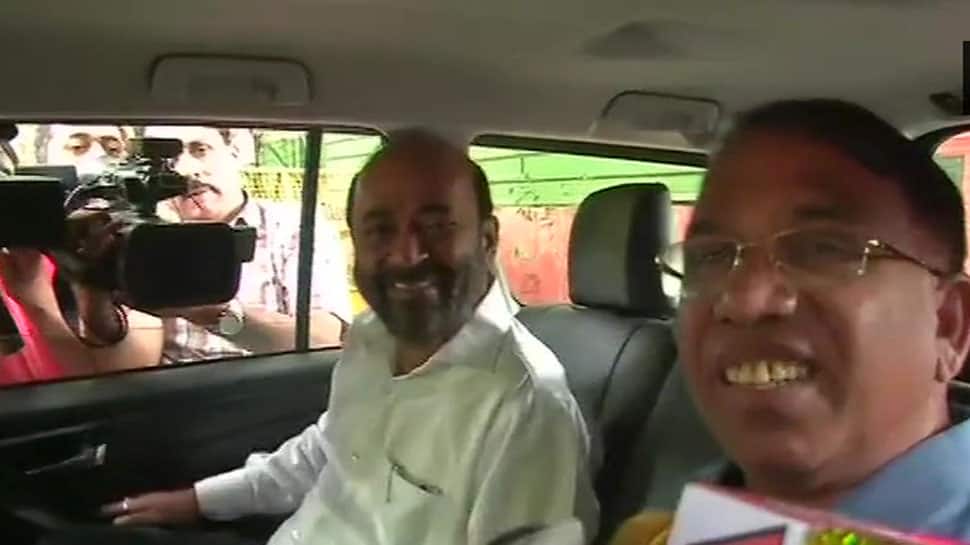 “We are joining the BJP today. We expect two to three more MLAs to come, not today but in the coming days,” said Shirodkar.

The two MLAs announced their move after meeting BJP President Amit Shah in Delhi earlier in the day.

The BJP is trying to bring its strength in the Assembly on par with the BJP at 14 MLAs, in case sitting Chief Minister Manohar Parrikar steps down owing to his health condition, further alleged Congress.

With this, the current house tally stands at:

The latest spell of political instability in Goan politics has been triggered by an ailing Parrikar, with coalition allies beginning to clamour for meaty portfolios.

Parrikar returned to his home state on Sunday night after being discharged from Delhi's All India Institute of Medical Sciences (AIIMS) where he was admitted for a pancreatic ailment since September 15.

The 62-year-old leader is now undergoing treatment at his private residence at Dona Paula in Goa, where a team of doctors from the state-run Goa Medical College and Hospital (GMCH) have set up make-shift medical facility.

"The chief minister is recovering now. He will take rest for two days, before meeting party office-bearers and government officials," Tendulkar said after the meeting of the BJP legislature party.