The race will be on for the top spots in the TATA Steel PGTI Order of Merit at the last. The Bengaluru Open will also determine the players who make it to the elite field of PGTI's top-60 at next week's season-ending TATA Steel Tour Championship in Jamshedpur. 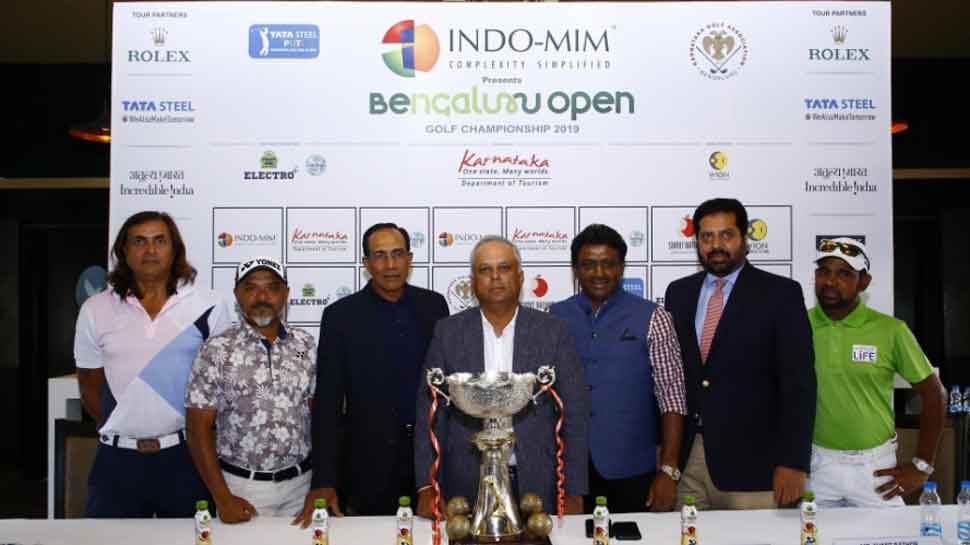 The race will be on for the top spots in the TATA Steel PGTI Order of Merit at the last. The Bengaluru Open will also determine the players who make it to the elite field of PGTI's top-60 at next week's season-ending TATA Steel Tour Championship in Jamshedpur.

The tournament, into its third edition, will feature a stellar field including reputed names such as Bengaluru-based international star Rahil Gangjee, former champions Udayan Mane and Sri Lankan Anura Rohana, as well as other leading golfers such as Honey Baisoya and Karandeep Kochhar.

A total of 121 players will be competing at the event including 118 professionals and three amateurs. There will be a strong local presence as besides Rahil Gangjee, the likes of M. Dharma, Syed Saqib Ahmed and C. Muniyappa, all Bengaluru-based professionals, will also be part of the field. The prominent foreign names in the field include the Sri Lankan quartet of defending champion Anura Rohana, Mithun Perera, N Thangaraja and K Prabagaran, Bangladesh's Md. Zamal Hossain Mollah and Australian Kunal Bhasin.

Sumit Rathor, representing Indo-MIM, said: "I'm delighted to be presenting the Bengaluru Open Golf Championship 2019 at my home club for the second year in succession following the highly successful 2018 edition. Bengaluru has emerged as a nursery for golfing talent in recent years as many players from the city have gone on to win accolades for the country at the international level. The 2019 edition of the event sets the stage for further popularizing professional golf in Bengaluru and encouraging more youngsters from the city to take up the sport."

Uttam Singh Mundy, CEO, PGTI, said: "The Indo-MIM Presents Bengaluru Open Golf Championship 2019 Powered by Karnataka Tourism has emerged as an important stop on the TATA Steel PGTI since its launch in 2017. We thank Indo-MIM for sharing our vision for the growth of professional golf in India through this partnership."

"We look forward to an exhilarating week of golf as the excitement peaks with the season nearing its conclusion and players staking claim to the top spots in the Order of Merit," he added.

The tournament, the penultimate event of the 2019 TATA Steel PGTI season, offers a prize purse of Rs. 40 lakh and has Indo-MIM, manufacturers of metal injection moulding, as its 'Presenting Partner', Karnataka Tourism as it's Powered By Partner', Amrutanjan Fruitnik as its 'Official Rehydration Partner' and WION as its 'News Partner'.