During the operation, the officials confiscated nearly 35 packets containing the banned drug from the boat they were travelling on. 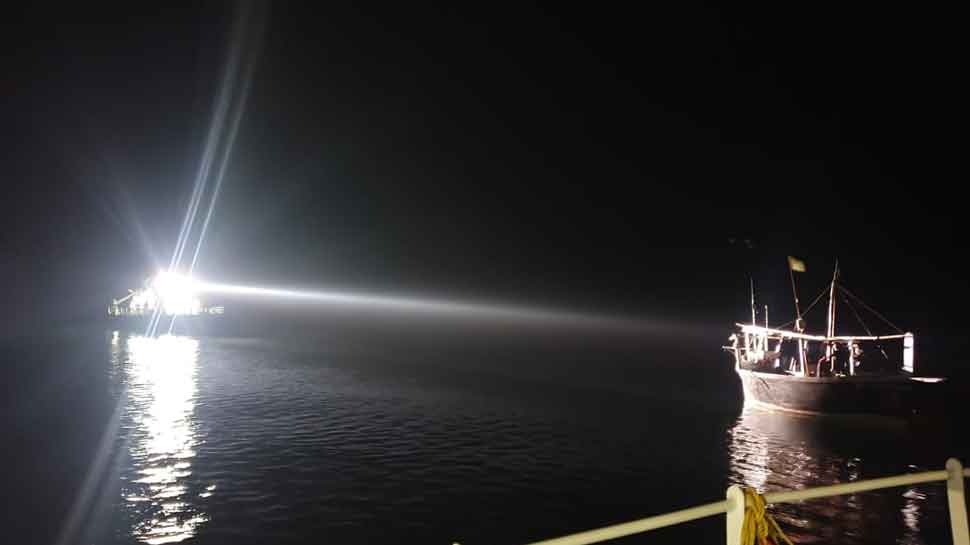 GANDHINAGAR: In a joint operation with the Indian Coast Guard (ICG), the Anti-Terrorism Squad (ATS) of Gujarat Police nabbed a fishing boat and arrested five Pakistani nationals on Monday with heroin worth Rs 175 crore from mid-sea in the Kutch coast in Gujarat.

According to initial reports, the joint operation was conducted after receiving specific inputs about heroin smuggling by some Pakistani drug smugglers.

During the operation, the officials confiscated nearly 35 packets containing the banned drug from the fishing boat on which the five Pakistani nationals were travelling.

Those arrested are believed to be involved in drug smuggling for a long time and they are being currently interrogated for more leads into the case.

The arrested Pakistani nationals have been identified as Anees (30), Ismail Mohammed Kachchi (50), Ashhraf Usman Kutchhi (42), Kareem Abdulla Kutchhi (37) and Abubaqar Ashraf Sumra (55). They all are residents of Beet Zajeera in Karachi.

Sharing more information about the joint operation, a senior Gujarat ATS official said the Gujarat Police received intelligence that an illegal consignment of heroin is going to be smuggled into Gujarat through the coast.

"The information further revealed that the consignment is being sent in a Pakistani fishing boat from Pakistan," the officer said. The Gujarat Police top officers approached the Indian Coast Guard and a joint operation was launched to apprehend the smugglers and seize the contraband. A team of ATS and Indian Coast Guard started the operation with fast interceptor boats at Jakhau in Kutch.

"Commandos of the marine task force were kept in boats in Indian waters to help in apprehending the smugglers," the officer said. A continuous search operation was undertaken near the location located North West of Jakhau, which was indicated in the information available with ATS Gujarat.

"The interrogation of the apprehended accused persons is in progress jointly by all agencies," the officer said.