The Wayanad MP had come to the city to appear in court in two defamation cases filed against him. 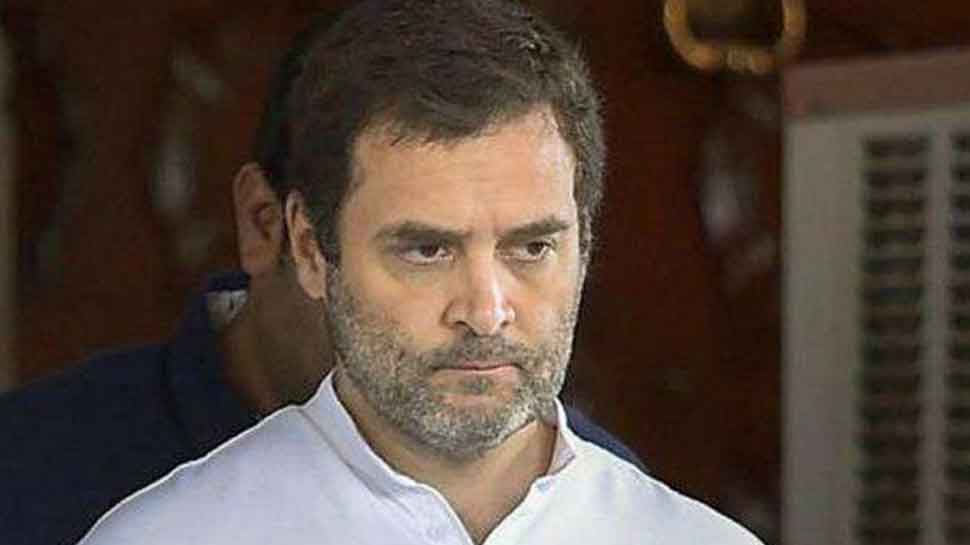 Ahmedabad: A court in Ahmedabad on Friday granted bail to former Congress president Rahul Gandhi in a defamation case filed by a BJP corporator for calling BJP chief Amit Shah a `murder accused`.

The Wayanad MP had come to the city to appear in court in two defamation cases filed against him. He was greeted by NSUI and Congress workers on his way to the court.

The Congress tweeted his picture and said," Shri @RahulGandhi exits the Additional Chief Metropolitan Magistrate in Ahmedabad after attending a hearing in another politically motivated case against him."

In another case, Ahmedabad court issued a bailable warrant against Congress spokesperson Randeep Surjewala for not appearing despite summons. The case relates to Ahmedabad Co-operative Bank wherein Surjewala had alleged that during demonetisation, huge amount of around 750 crores were deposited.

The Congress leader had claimed he had sourced information from RTI. The case was filed by Ajay Patel, the Chairman of the bank.

Earlier before court proceedings, Rahul tweeted a video where he is seen sitting at a restaurant in Ahmedabad with Hardik Patel and others and enjoying a Gujarati delicacy.

The Patidar leader, who joined Congress earlier this year was not allowed to contest the Lok Sabha elections as he was convicted in a riot case. However, he has been campaigning for the party.

Rahul Gandhi is facing three cases of defamation in Gujarat. He appeared in one of the cases in Surat on Thursday.