Don't you trust what our armed forces say: PM Modi asks people amid opposition raising doubts on airstrikes in Pakistan

Speaking at an event in his home state Gujarat, PM Modi said that the nation should be proud of the armed forces. 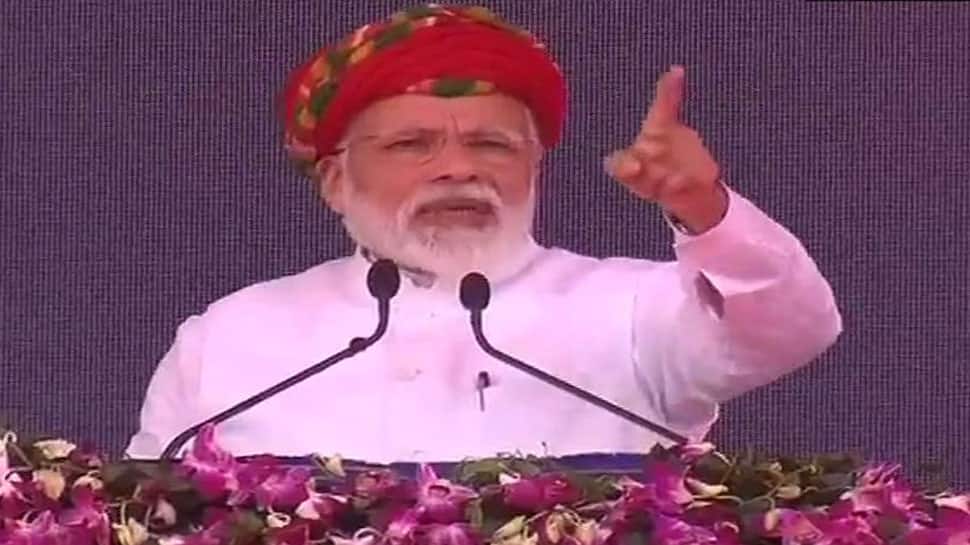 Ahmedabad: As opposition raised doubts regarding the casualties in the IAF conducted airstrikes in Pakistan, Prime Minister Narendra Modi on Monday asked the people of the nation whether they trust what the armed forces say.

Meanwhile, Air Chief Marshal BS Dhanoa confirmed that the IAF hit the intended target in Pakistan. He, however, declined to confirm the deaths in the airstrikes at the Pakistan-based terror outfit's camps, saying that the IAF's job is to hit the targets and not count the casualties.

PM Modi is on a two-day visit to Gujarat where he will inaugurate the first phase of 6-km-long Ahmedabad Metro service, besides launching several projects including the Pradhan Mantri Shram-Yogi Maandhan Yojana (PM-SYM).

He started his visit from Jamnagar in Saurashtra region where he dedicated to the nation a 750-bed annexe of the Guru Gobind Singh Hospital and inaugurated its PG hostel.

Official sources said that the prime minister would also lay the foundation stone for Umiya Dham temple complex during his visit. He would visit Annapurna Dham Trust in Adalaj in Gandhinagar on Tuesday for the ground-breaking ceremony of a Shikshan Bhavan and a Vidhyarthi Bhavan.