Both Alpesh and Jhala joined the BJP in presence of state BJP chief Jitu Vaghani. 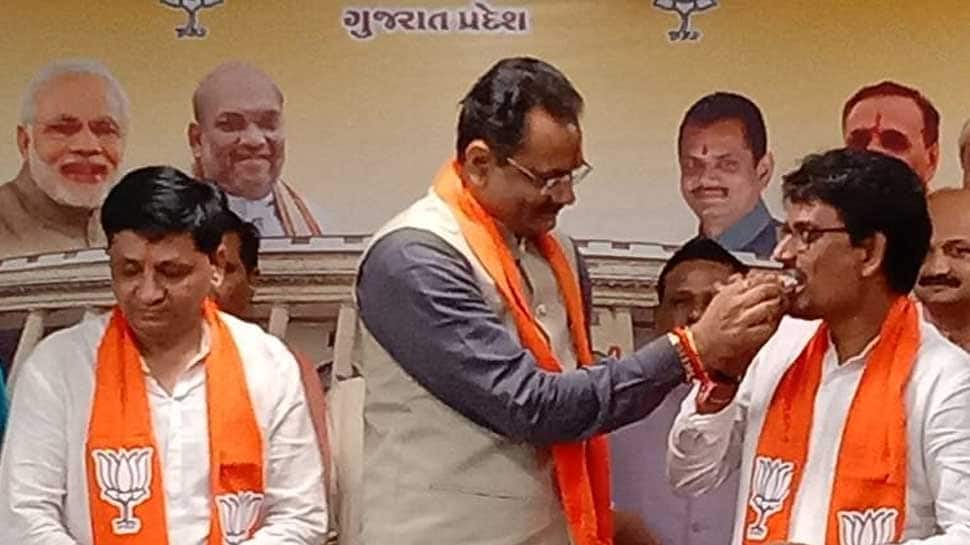 Ahmedabad: Maverick OBC leader Alpesh Thakor, who quit as a Congress legislator after casting his vote in favour of BJP candidates in the July 5 Rajya Sabha elections in Gujarat, on Thursday joined the saffron party along with his close aide and legislator Dhaval Sinh Jhala.

According to ANI, both Alpesh and Jhala were inducted in the saffron party in presence of state BJP chief Jitu Vaghani.

The Gujarat Kshatriya Thakor Sena (GKTS), which is headed by Thakor, had earlier confirmed that he will join BJP soon.

"Both former Congress legislators, Alpesh Thakor and Dhaval Sinh Zala will join the BJP at the party`s Shri Kamalam headquarters at 4 PM on Thursday," Jagat Sinh Thakor, the vice president of GKTS had said in a statement.

Thakor and Jhala had resigned from the Congress on April 10 in the run-up to the Lok Sabha elections, claiming that they had been "insulted" and "deceived" by the party leaders, but they did not quit as MLAs then.

They did so on July 5 after cross-voting against Congress in favour of BJP's S Jaishankar and Jugal Kishore Thakor for two Rajya Sabha seats left vacant by Union ministers Amit Shah and Smriti Irani.

Thakor had joined the Congress during the December 2017 state assembly elections and won from Radhanpur seat in North Gujarat on a party ticket, along with Jhala from Bayad in Aravalli district.

Among several other things, Thakor was made secretary in-charge of Bihar affairs of the party along with senior Shaktisinh Gohil, also from Gujarat.