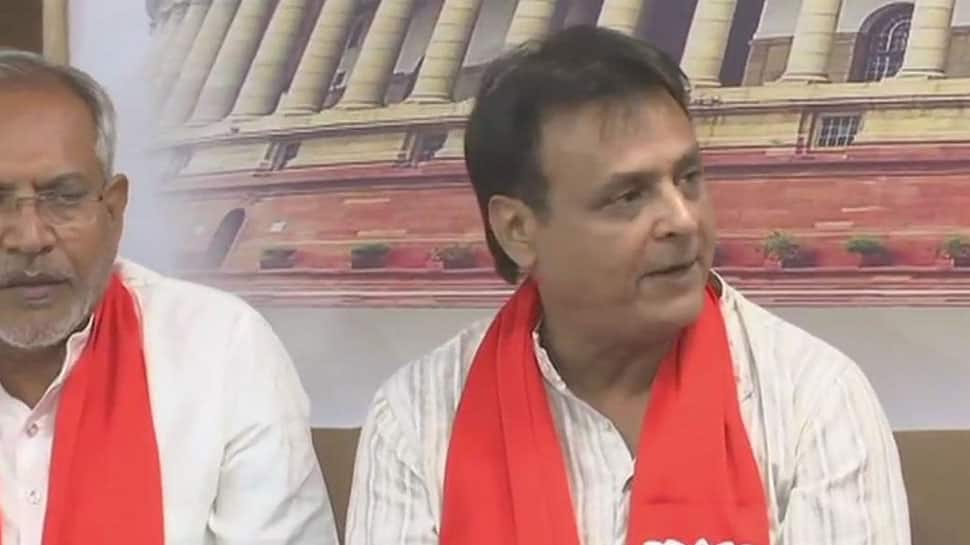 Gandhinagar: In yet another setback to the Congress in Gujarat, the party`s sitting legislator Jawahar Chavda from Manavadar constituency in Saurashtra region, put in his papers here on Friday and joined the ruling Bharatiya Janata Party.

Chavda submitted his resignation as MLA to Assembly Speaker Rajendra Trivedi who accepted it.

A four-time Congress MLA and son of Congress veteran Pethalji Chavda of Junagadh district, Chavda told reporters after joining the BJP: "I had no issues with the Congress party at all, I just thought it for some time and made my decision."

"I thought one must support Prime Minister Narendra Modi in this hour of crisis when he has shown courage to send our armed forces inside Pakistan and teach them a lesson," Chavda added.

He did not give any more reasons for his quitting the party and joining the BJP. Party sources claimed Chavda may be inducted into the Cabinet or given a Lok Sabha ticket to contest from Junagadh seat.

Neither he nor Minister of State for Home Pradeepsinh Jadeja, who ushered in Chavda, confirmed this. "I have no such expectation and there was no bargaining," Chavda said. Jadeja said, "He has just now joined, there is no talk of ministership right now."

Senior Congress legislator Shailesh Parmar, speaking on behalf of the party, told reporters: "We are shocked at Chavda`s resignation since he had never raised any issues nor has he given any reasons for quitting. In fact, he has been given important responsibilities ahead of the CWC (Congress Working Committee) meeting in Ahmedabad (on March 12)."

"The BJP is trying to sabotage the Congress prospects knowing well that the party can never repeat its 2014 performance of winning 26 out of 26 (Lok Sabha) seats. It is playing a dirty game," he added.

Political circles are agog with speculation that at least three more Congress legislators are in touch with the BJP leadership and may quit anytime soon.

This includes OBC leader and young legislator Alpesh Thakore, who had joined the Congress in the run-up to the 2017 assembly elections.

While Thakore has been denying any such moves, it is known that he has had meetings with Chief Minister Vijay Rupani and state BJP chief Jitubhai Vaghani. Simultaneously, he has also met Congress President Rahul Gandhi.