Life in Vadodara limps back to normalcy 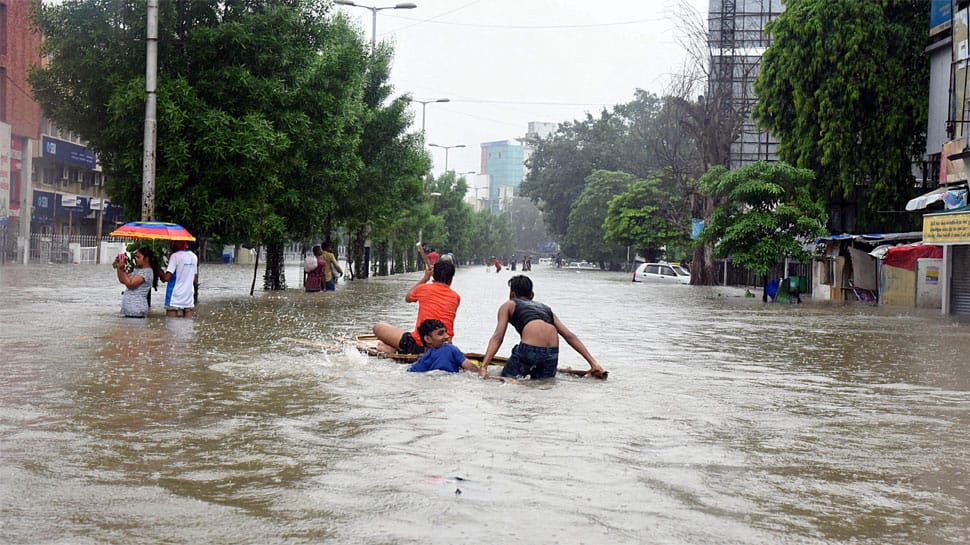 Vadodara: Life in Vadodara was seen limping back to normalcy after torrential rains had caused a flood-like situation in the city.

In addition, on request from hospitals, we are also shifting patients who need to be relocated."On Friday, Director of Ahmedabad Meteorological department Jayanta Sarkar said, "We expect heavy to very heavy rainfall in South Gujarat including Vadodara for the next couple of days."

"This is due to the presence of an atmospheric trough which is passing over Gujarat towards Orissa," Sarkar further added.

Many people in the city were seen queuing up outside shops to buy essentials. With the forecast of further rain over the next couple of days, locals are planning to keep a day`s stock in advance for emergency purposes.In some places, the streets were flooded with water as high as five-feet, particularly in places like Ajita Nagar and Kareli Bagh.

Some people were also complaining that they had not received any assistance from the government.

A retired banker and a resident of Kareli Bagh, Dhikesh said, " I have tried emergency helplines countless times but no one has come to help us yet. Their is no power supply and moreover, we have not been able to cook food for the past couple of days."

On Wednesday, Gujarat Chief Minister, Vijay Rupani had called a high-level meeting in Gandhinagar to review the situation in Vadodara city. After the meeting, the Chief Minister had announced that an additional five NDRF teams were being deployed in the city to help in rescue and evacuation efforts.

Vishwamitri river has been overflowing which has further exacerbated the situation, causing water to enter into Vadodara.