A multi-storey building collapsed in Gujarat's Vadodara district on Saturday while work was underway to demolish it. 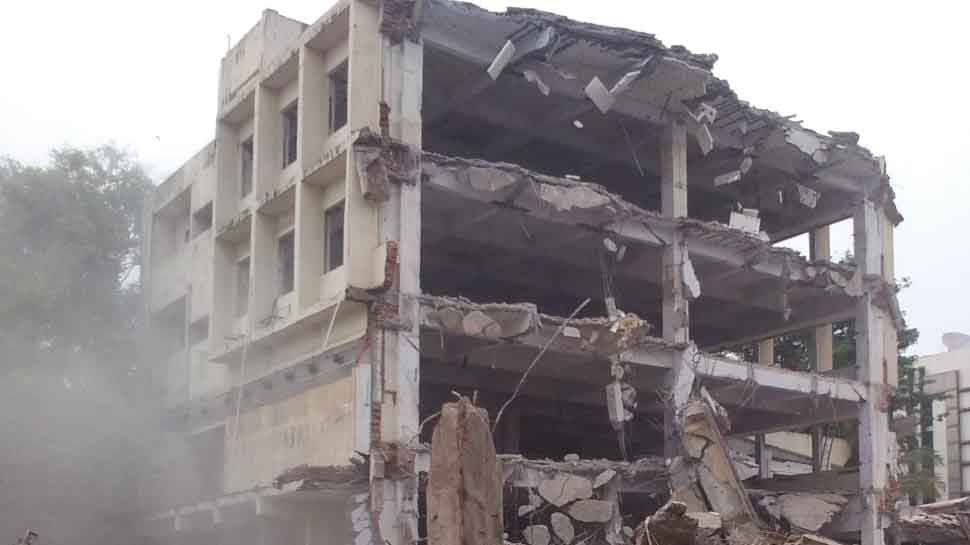 VADODARA: At least one person died after a dilapidated multi-storey building collapsed in Gujarat's Vadodara district on Saturday while work was underway to demolish it.

The deceased has been identified as Kaiful Pathan. He was a contractor.

The incident took place in the Chhani Jakatnaka area of Vadodara.

Gujarat: A building collapsed while work to demolish the building was underway in Chhani Jakatnaka area of Vadodara. Labourers fear trapped, fire brigades present at the spot. Search and rescue operations underway. pic.twitter.com/3gZo3opDyb

At least 5-6 labourers are feared to be trapped inside the debris of the building. The labourers were reportedly working at the site when the building suddenly collapsed like a pack of cards.

The ill-fated building belongs to engineering and construction major Larsen and Toubro.

At least fire brigade teams are present at the spot and the search and rescue operation is currently underway.

A large number of locals have also gathered at the site and are helping in the search and rescue operation.

The rescue operation is likely to continue for a few more hours.