The statement comes at a time when there are reports that Rahul has spoken to Alpesh Thakor, who is under scanner for allegedly inciting mob violence against migrant workers in Gujarat. 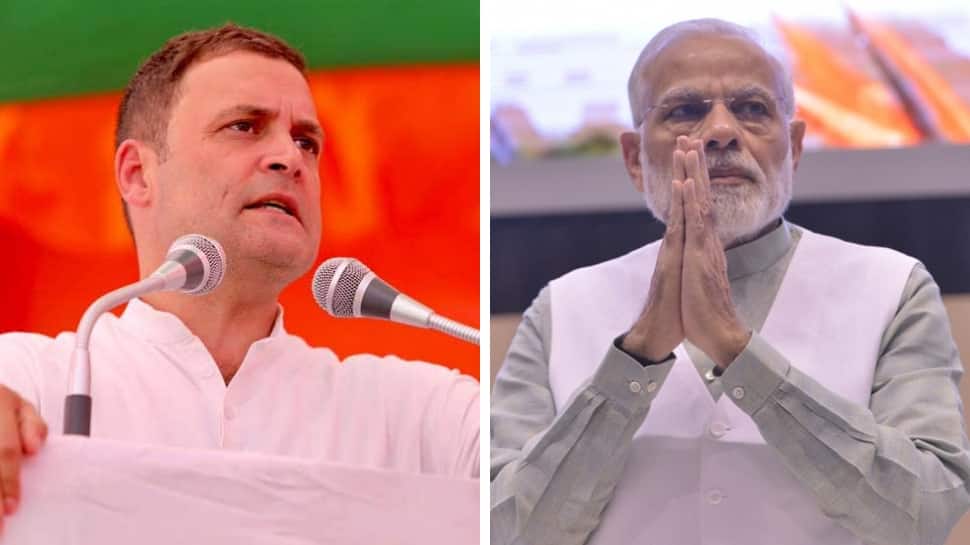 Congress president Rahul Gandhi on Wednesday questioned Prime Minister Narendra Modi's silence over the mob violence against migrant workers from Bihar and Uttar Pradesh in Gujarat. Speaking at a rally in Rajasthan, Rahul said that people are being beaten but PM Modi hasn't said a word.

"Youth in Gujarat are being beaten up and sent back by saying 'you belong to Rajasthan, Uttar Pradesh and Bihar you don't belong here'. Narendra Modi doesn't even utter a word," Rahul Rahul said in Rajasthan's Bikaner.

The statement comes at a time when there are reports that Rahul has spoken to Alpesh Thakor, who is under scanner for allegedly inciting mob violence against migrant workers in Gujarat. Rahul reportedly spoke to Alpesh on the phone on Wednesday.

Thakor is facing alelgations of inciting violence against migrant workers who have been leaving the state in thousands. However, Thakor has refuted allegations saying: "The truth is that people from Bihar have already applied for leave for Chhath Puja. This is the only reason they are moving to their state."

Earlier the Bharatiya Janata Party had attacked Thakor over the allegations. BJP spokesperson Sambit Patra had lashed out at Rahul and said if the latter is actually worried about Gujarat, Bihar and the country then he must immediately sack Alpesh Thakor from his party.

Demanding Thakor's expulsion from the grand old party, Patra had said, "If Rahul Gandhi is actually worried for Gujarat, Bihar and India then he must immediately expel Alpesh Thakor from the party. This is what BJP demands from Rahul Gandhi and Congress Party."

Several migrant workers from UP, Bihar and Madhya Pradesh fled the state after several mob attacks on them in connection with the rape of a toddler in Sabarkantha. A 14-month-old toddler - from the Thakor community - was allegedly raped on September 28 in a village near Himmatnagar town of Sabarkantha district. Ravindra Sahu, a labourer hailing from Bihar and working in a local ceramic factory, was later arrested in connection with the rape.

Following the arrest, the Kshatriya Thakor Sena - which is led by Alpesh Thakor - said migrant workers from other states should not be given jobs in Gujarat. A 200-strong mob, allegedly led by Thakor Sena members, stormed a factory near Vadnagar town of Mehsana district on October 2 and thrashed employees.

BJP leader blames Congress for attacks on migrants in Gujarat