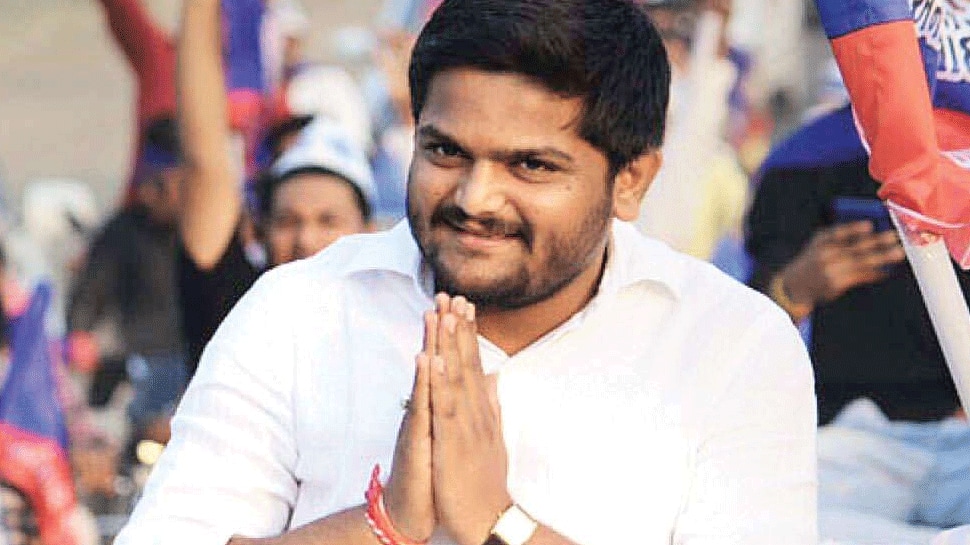 Hardik Patel has been appointed as the Working President of the Gujarat Pradesh Congress Committee with immediate effect, a release from the party said. 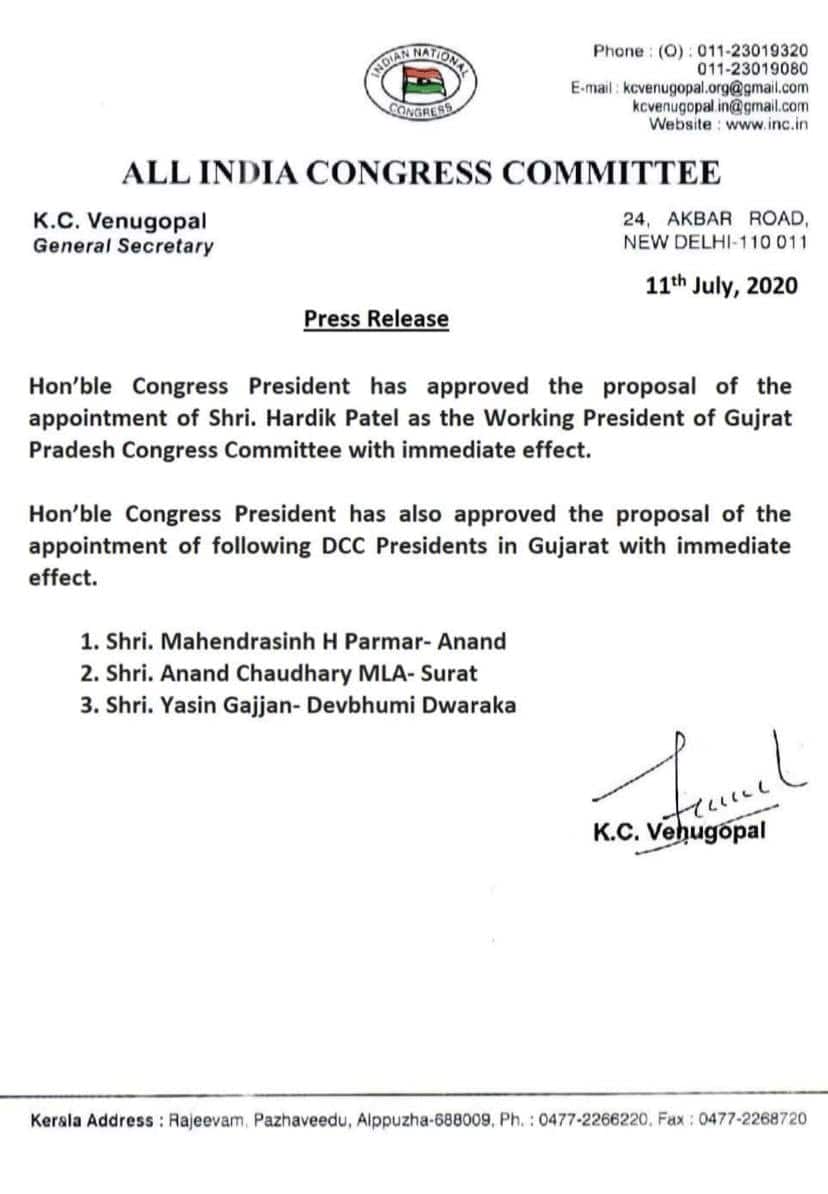 The press release regarding the appointment of Working President for Gujarat Pradesh Congress Committee and DCC presidents was singed by KC Venugopal, General Secretary, AICC.

Amit Chavda is currently the chief of the Gujarat unit of the party.

The move is likely to boost the Congress party as Hardik Patel is quite popular among the powerful Patel community in Gujarat.

Earlier this year, the Patidar quota agitation leader was arrested by the Ahmedabad Police in a three-year-old case of rioting.

Patidar leader Patel, who launched a movement for reservation for his community in the state in 2015, had joined the Congress in 2017 ahead of the assembly polls.