While some people are cheering Shah, others are seen capturing the moment. 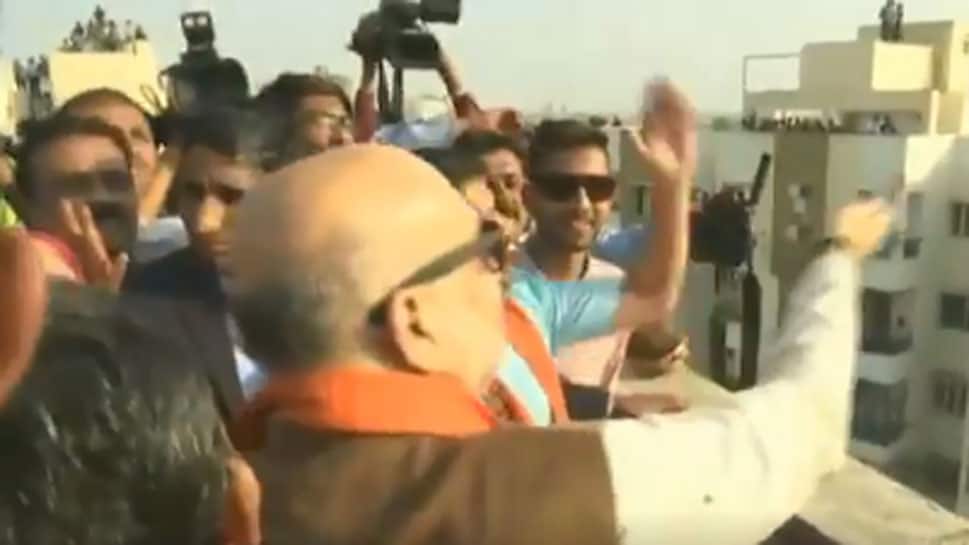 In a video posted by news agency ANI, the BJP veteran is seen standing on the terrace of a building, holding the kite-thread, wearing a sunglass and surrounded by a bunch of people.

While some of them are cheering Shah, others are seen capturing the moment.

Makar Sankranti is celebrated across the nation on January 14, 2019. The term 'Sankranti' means movement and 'Makara' represents Capricorn. Thus, it defines the movement of the sun into the zodiac sign of 'Makara'. It is a solar event that marks the beginning of the spring season, which makes the day longer and symbolizes the end of the winter solstice.

The day marks the auspicious phase of Hindu culture which is considered sacred to perform rituals. Many people considered the day to be the beginning of the month of Mah of the Hindu Solar calendar.