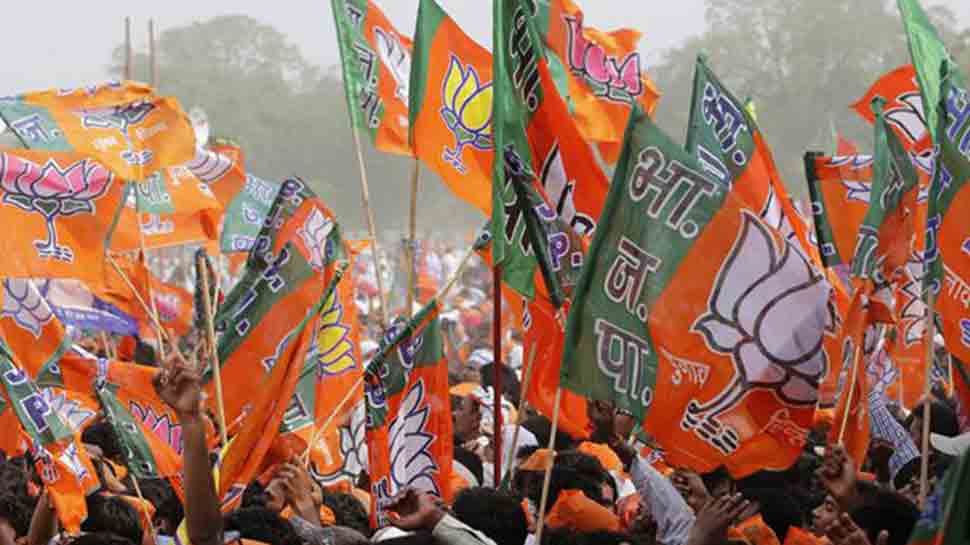 Chandigarh: The Shiromani Akali Dal (SAD) Thursday forged an alliance with the BJP in Haryana and announced that it would not contest any of the 10 Lok Sabha seats in the state and instead extend support to the saffron party on all.

The parties, who are allies in the neighbouring Punjab, will also fight the Haryana Assembly elections, scheduled to take place later this year, together.

The development comes hours after the Aam Aadmi Party (AAP) and the fledgling Jannayak Janata Party (JJP) announced their alliance in the state for the May 12 Lok Sabha polls.

Senior SAD leader and party in-charge for Haryana affairs, Balwinder Singh Bhunder said the decision to ally with the BJP in Haryana was taken keeping in view the "need of the present circumstances".

"The common goal of the two parties is to see the return of the NDA government at the Centre with a majority," Bhunder told PTI.

"Our party chief Sukhbir Singh Badal held a meeting with BJP president Amit Shah in Delhi a few days back wherein it was decided that our party would extend support to them in parliamentary elections," he said.

Bhunder, also SAD's national vice president and a Rajya Sabha MP, said his party decided to not contest any seat as the BJP had already announced its candidates for some.

"We wanted to contest a seat or two but the BJP said they have already announced candidates on eight seats. Therefore, we decided to extend support to them instead of contesting any Lok Sabha seat ourselves," he said.

"However, in Haryana Assembly polls, which are due in October, the BJP will leave a few seats for us to contest, modalities for which will be worked out later," he added.

Addressing a press conference in Narwana earlier in the day, Haryana Chief Minister Manohar Lal Khattar described SAD as a natural ally of the BJP.

"The SAD will support the BJP's candidates in the Lok Sabha elections. It will play a significant role in ensuring the victory of BJP candidates," Khattar said.

"Narendra Modi will be the prime minister for a second term," he asserted.

Asked about the AAP-JJP alliance, Khattar said, "It won't affect our prospects."