The Bharatiya Janata Party (BJP) will win the Haryana Assembly elections with a two-thirds majority, Home Minister and party president Amit Shah said at a rally in Haryana's Jind on Friday. 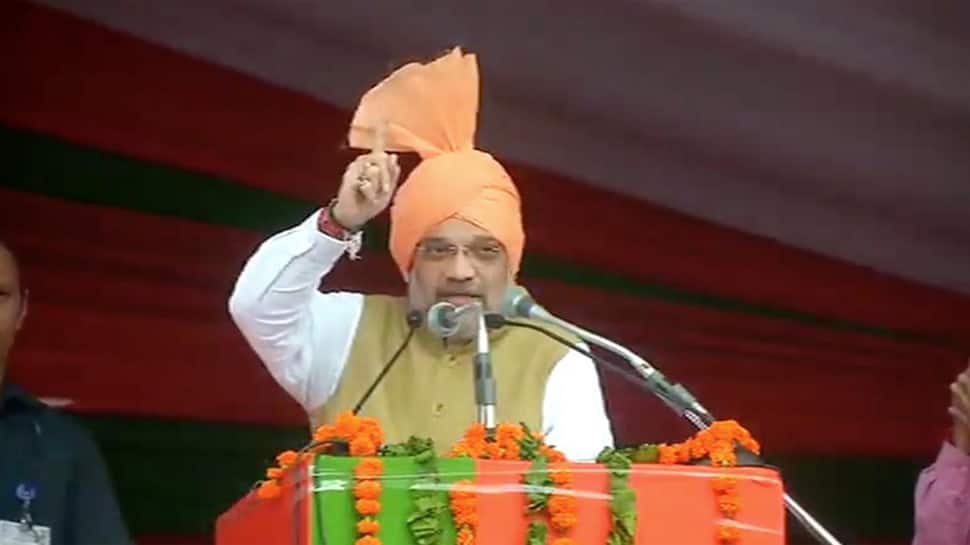 JIND: The Bharatiya Janata Party (BJP) will win the Haryana Assembly elections with a two-thirds majority, Home Minister and party president Amit Shah said at a rally in Haryana's Jind on Friday.

BJP kick-started its poll campaign in the state with Shah's "Astha Rally". Elections to the 90-member Assembly are due in the state later this year.

“We are again going to form government in Haryana, with 2/3rd majority,” he said, adding, “This time form the Manohar government with 75 seats.”

Speaking on action taken by Modi government, Shah said, “What other governments couldn't complete in five years, Modi ji did that in 75 days.”

“Removing Article 370 was a huge task. It could only be done by someone who's not after vote bank. Article 370 was a hurdle in the way of Sardar Patel's dream of one India. The work that Congress Governments couldn't do in 70 years in the greed of vote bank, PM Modi did in 75 days,” he added.

Later taking to the stage, Haryana CM Khattar said, “After independence, the then home minister Sardar Vallabhbhai Patel unified India, and now the present Home Minister Amit Shah has done the same by revoking Article 370 in Jammu and Kashmir.”