After a 48-hour-long rescue operation, a one-and-a-half-year-old boy, who fell into a 70-foot narrow borewell in Haryana`s Hisar district, was rescued on Friday, said officials. 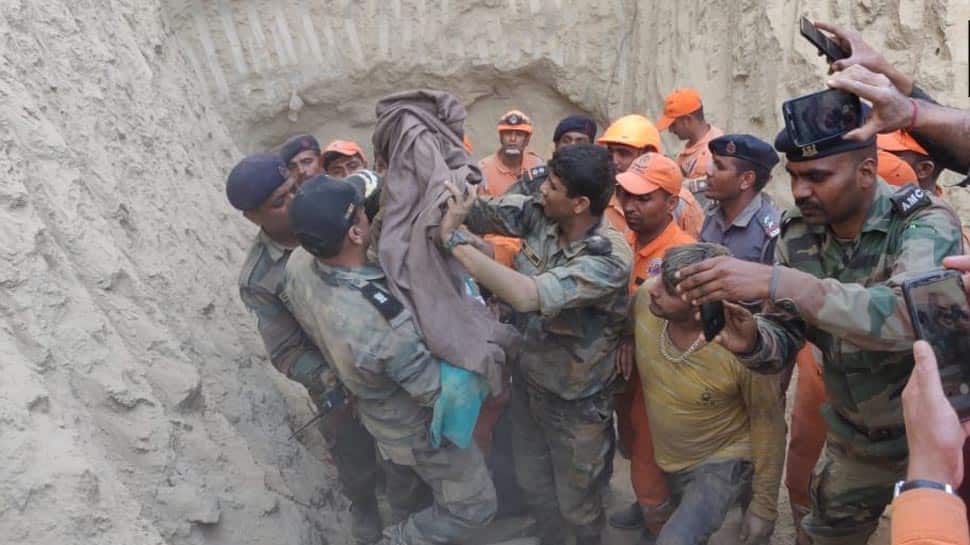 Hisar: After a 48-hour-long rescue operation, a one-and-a-half-year-old boy, who fell into a 70-foot narrow borewell in Haryana`s Hisar district, was rescued on Friday, said officials.

The child is safe and kept under observation. His condition is stable, an official supervising the rescue operation told IANS.

The rescue team had to dig a parallel well to create a passage to reach the child, officials said.

Comprising of the National Disaster Response Force (NDRF), the Indian Army and the district administration personnel, the rescuers were at work in the Balsamand village.

They provided oxygen and food items in the borehole. Also, a night-vision camera was planted to keep watch over the child.

Nadeem Khan, son of a road construction worker, fell into the borewell on Wednesday evening. He is the youngest of five siblings. Earlier, an attempt was made to pull the child out with the help of a net.

The hole was dug by a villager to install a tubewell.