Here's how your Facebook friends can make you feel sick

Our most important finding was that participants who feel Facebook is an important part of their lives also report more symptoms, linking social comparison activity with the perception of worse physical health. 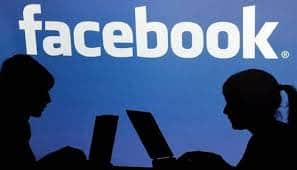 Washington: Social media holds much more power than we anticipate. While it came as a constructive development in the world of technology, the use of social media has raised many questions lately. A new study published in the journal Heliyon examines how Facebook users interpret the information they derive from social comparisons and how this process correlates with their perceptions of physical health."More people are spending more time on Facebook and social comparisons are an inevitable part of the experience.

It is important to be more aware of how this activity affects us, and how it may change how we feel about ourselves, given the strong link between well-being, quality of life, and physical health," said Bridget Dibb, lead author of the study.The article was published in the Journal of Heliyon. He further added, "Our most important finding was that participants who feel Facebook is an important part of their lives also report more symptoms, linking social comparison activity with the perception of worse physical health.

It is important to study this further as we are yet unclear as to whether comparisons while using Facebook leads to a greater perception of physical symptoms or whether those who already experience physical symptoms tend to compare themselves more on Facebook."Social comparison is a process through which we compare ourselves with others in order to evaluate ourselves.

It is something that virtually everyone does, especially when feeling uncertainty.Upward comparison occurs when we compare ourselves with someone who we perceive as "better-off" than ourselves, and downward comparison occurs when we compare with someone we feel is "worse-off" than ourselves. Social comparison via social media is typically upward because people tend to post their most attractive photographs and write about their good news.

While one might predict that upward comparison would shake a comparer`s confidence and downward comparison would boost it, the impact is not that consistent and straightforward.Previous research has shown that the experience after social comparison depends more on how the comparer interprets the information rather than on the direction of the comparison. As part of the study conducted on a controlled group of 165 people, the participants completed an electronic questionnaire that used a cross-sectional design measuring Facebook use, Facebook social comparison, self-esteem, depression, anxiety, life satisfaction, and physical health.

After controlling for demographic and psychosocial variables, only upward comparison demonstrates a significant relationship and, in particular, only positively interpreted upward comparison was correlated with more physical symptoms. This means that people who had positive feelings after comparisons with Facebook friends who are better off also reported a heightened awareness of health problems.