Hydroxychloroquine may not prevent COVID-19 illness; here's why

Almost 90 per cent of the participants (719 of 821), according to the study, reported a high-risk exposure to a confirmed COVID-19 contact. 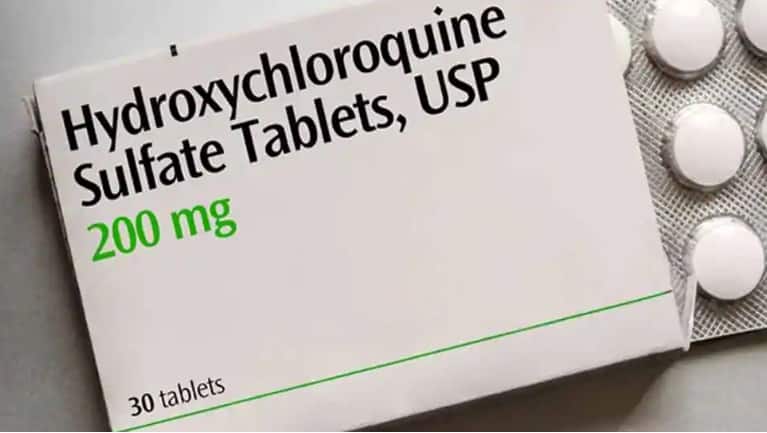 Toronto: The malaria drug hydroxychloroquine may not prevent COVID-19 illness or stop novel coronavirus infection when used as preventive medicine within four days after exposure to the virus, according to a study. Scientists, including those from the McGill University in Canada, assessed whether the drug hydroxychloroquine (HCQ) can prevent symptomatic infection after exposure to the novel coronavirus, SARS-CoV-2, is unknown.

In the study, published in the New England Journal of Medicine, the researchers conducted a randomised placebo-controlled trial across the US and parts of Canada testing HCQ as a preventive medicine, or prophylactic, following potential exposure to SARS-CoV-2.

Almost 90 per cent of the participants (719 of 821), according to the study, reported a high-risk exposure to a confirmed COVID-19 contact.

The researchers then randomly assigned the 821 symptomless participants to receive either a placebo (a fake drug), or HCQ within four days after exposure.

According to the study, the drug treatment involved 800 milligrammes (mg) of HCQ given once, followed by 600 mg in six to eight hours, then 600 mg daily for 4 additional days.

The scientists then monitored the outcome in the patients, and noted if there was either laboratory-confirmed COVID-19 diagnosis, or if they developed illness compatible with the disease within 14 days.

They said incidence of new COVID-19 symptoms did not differ significantly between participants receiving HCQ (49 of 414), and those receiving placebo (58 of 407).

According to the study, side effects were more common with HCQ than with placebo, but no serious adverse reactions were reported by the participants.

"After high-risk or moderate-risk exposure to COVID-19, HCQ did not prevent illness compatible with COVID-19, or confirmed infection when used as postexposure prophylaxis within four days after exposure," the scientists concluded in the study.

Citing the limitations of the study, the researchers said the vast majority of the participants, including health care workers, were unable to access testing due to the lack of availability of diagnostic testing in the US.

Instead of diagnostic tests, they used the US clinical case definition of probable COVID-19 to evaluate the outcomes of HCQ prophylaxis. "Reproduction of our results in other, ongoing trials would confirm our findings," the researchers said.

Myron S Cohen from The University of North Carolina at Chapel Hill in the US noted in an editorial linked to the study that the trial methods did not allow consistent proof of exposure to SARS-CoV-2.

He said there was also no sufficient evidence confirming that the symptom complex that was reported by the participants represented novel coronavirus infection. "It is hard to be certain how many participants in the trial actually had COVID-19," Cohen said.

He added that those enrolled in the trial were younger, with a median age of 40 years, and had fewer coexisting conditions than persons in whom severe COVID-19 is most likely to develop. "So enrollment of higher-risk participants might have yielded a different result," he said.

According to Cohen, the results published in the study "are more provocative than definitive," and he said the potential prevention benefits of HCQ remain to be determined.

Asymptomatic patients as infective as ones with coronavirus symptoms